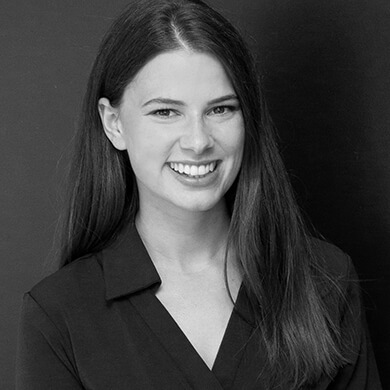 Charlotte was born in Monaco and grew up in the south of France. After studying in Monaco, she graduated from the University of Nice with a B.A. in English Studies, Media and Communication. Additionally, she played the violin for 14 years and holds a Final Music General Certificate Degree from the Prince Rainier III Academy of Music of Monaco.

In 2015, she moved to Denmark to study Graphic Design and Communication, where she was also introduced to luxurious Danish and Scandinavian designs, in which she took inspiration, especially when she worked as a freelance Graphic Designer for several local Danish companies. Later, she decided to return to the Côte d’Azur and joined the Marketing Department of Fraser, as a Graphic Designer, in 2018.

Aside from her interest for yachting, Charlotte enjoys travelling and discovering new parts of the world and other cultures. She takes great interest in interior design, photography, and music. She also enjoys reading and doing yoga. Charlotte speaks French, English, Danish and some Italian.