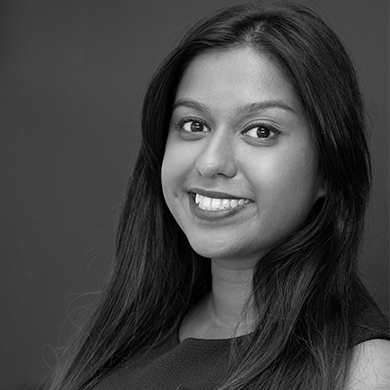 email Anjani
Anjani is originally from the UK and began her career in corporate finance specialising in fraud investigation. After several visits to the Cote d’Azur, Anjani moved to Antibes and decided to make the French Riviera her new home. Embracing a complete career change she joined the yachting industry and embarked on a career in shore-based superyacht services in 2014.

Anjani joined the Yacht Management team at Fraser Yachts in 2019, having already spent three prior years as a Crewing Manager in Monaco. Anjani manages 200+ crew spread cross the Mediterranean, Atlantic, Indian Ocean and Pacific on yachts and expedition vessels ranging from 35m to 87m.

She is an active member of Young Professionals in Yachting (YPY) and is an advocate for seafarer welfare and professionalism in the yachting sector.

Away from the office she enjoys sharing her two favourite pastimes, culinary arts & fitness, with a particular interest in paddle boarding, CrossFit and eating her way through a worldwide travel bucket list.
Choose an office