In an industry driven by the knowledge, know-how, networks and skill of yacht brokers, it is perhaps surprising how few accolades exist to recognize the results of the very best in our business.

The Richard Earp Award addresses that head on.

Introduced in 2016 to mark the passing of the man whose name it remembers, the Award stands for outstanding fair, ethical and transparent professional client service in yachting. It recognises those who embody the qualities Richard was most respected for by clients and brokers worldwide.

Now in its third year, with such giants as Alex Lees-Buckley and Peter Insull as previous recipients, this year’s winner not only works for the same company Richard spent so much of his life with, he was mentored by him as well. 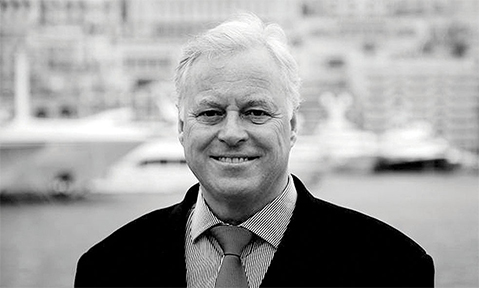 “Richard was a gentleman,” recalls Vassilis Fotilas. “He had class, charisma, style and a great sense of humour. When I joined Fraser in 2007, I was already aware of the respect other brokers and industry professionals had for him.”

For 2 years Vassilis spent more time with Richard than almost anyone else in his life. Under Richard, Vassilis learned the inner workings of brokerage, contracts, the yachts and the industry in general. “Richard had a flair for imparting knowledge,” explains Vassilis. “He taught me from the ground up – in a way few other people would ever have done. Incredibly strict on paying attention to detail, the red marker pen was never far away from his hand. Often tedious at the time, but something that has stood me in great stead since.

“Brokerage is a craft and like any craft you must care about it and always strive to learn and improve. Despite his immense experience, Richard would always tell me: never stop learning!”

Vassilis and Richard remained lifelong friends, travelling together often, working on presentations and deals. “When it came to fine-tuning my career as a broker,” continues Vassilis, “he once told me: ‘You can decide how you handle decisions as you like…but remember…those decisions will make you who you are.’ I remember that every time I have to make a decision in every aspect of my work.”

Since his ‘apprenticeship’ under Richard, Vassilis has gone on to successfully conclude over 200 million euros worth of sales for clients on yachts built by no less than 14 different yards ranging from 24m (79’) to 60m (197’) - his latest being the 52m (171’) Golden Yachts-built ‘VICTORY’ where he successfully acted for both the buyer and the seller.

And that’s notwithstanding the fact that he took a few years out to fill the role of Commercial Director at Fraser.

So how did it feel for Vassilis when his name was called out at the presentation ceremony during this year’s LYBRA Show in Barcelona?

“It was very humbling,” he says. “This is an Award from my peers. When I looked around and saw the faces of so many incredible brokers who themselves deserve this award, all standing there and applauding me…it was cool and surreal. It is not often I am stuck for words – but I was then.”

Looking to the future, Vassilis is clear on where he belongs.

“Richard taught me the craft and profession of being a respected and successful yacht broker. At Fraser I am a part of the best team in the world. We consistently sell more yachts than any other brokerage house, and the team worldwide is made up of people with so many different personalities, coming from so many different backgrounds but we are all bound by the same common thread – we love our craft, we have been doing it for many years and we follow an ethos and a tradition of doing the job with respect, transparency and with ethics.”

And for any aspiring brokers who may be reading this now, wondering what the secret may be…what advice does Vassilis pass on to them? 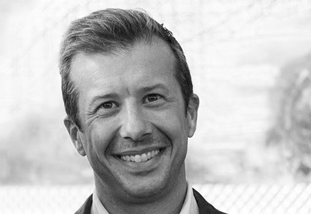 “Be prepared to work hard and work smart. Be willing to learn and be able to adapt. Be resilient, patient, positive and have a sense of humor. To paraphrase Clint Eastwood: ‘Take your job seriously but never take yourself too seriously’ ”.
Vassilis Fotilas
Take a look at the yachts represented by Vassilis