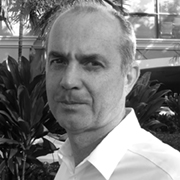 Vlad is originally from Odessa, Ukraine where he grew up and graduated from Odessa State Marine Academy in 1993. During his maritime career, he sailed around the world rising through the ranks, from junior officer to captain, on various types of vessels.

Vlad moved to the United States ten years ago and made Florida his permanent home. During his shore-based career, he has held different ship management and marine operations positions within the cargo and passenger sectors.

Vlad joined Fraser as a safety superintendent in 2017.

He enjoys boating and fishing with his family, friends and dogs.

View map
Contact the office
Fort Lauderdale
FraserYachts
At Fraser we want to provide you with the best user experience whilst you are visiting our site. To enable this, we use cookies which store small amounts of information from your browser. You can learn more about our Cookies Policy here. Thank you and enjoy your visit.