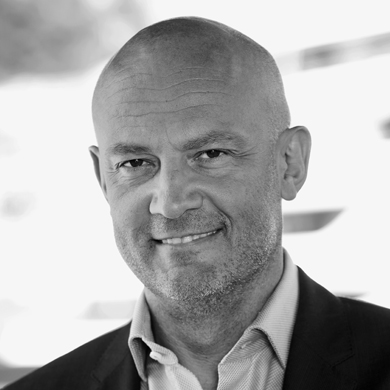 email Angelo
Angelo undertook his secondary studies of ancient languages, Latin and Greek, at “Cristoforo Colombo” school in Genoa.
In 1991 he graduated with a degree in Engineering at the University of Genoa specialising in the fields of hydraulics and theoretical hydrodynamics in the marine environment.

After passing the State Exam he became a member of ¨Italian Order of Engineers¨. In 1992 he was enlisted in the Italian Army in Novara, in the Corps of Engineers, and was involved in an international military operation in Albania. After some work experience in a state and private company specialising in the design of railroads and highways, and being deeply involved in the project of the new high speed railway between Genoa and Milan, he decided to move to a consolidated company based in Genoa that specialised in naval design and ship management. In 1994 he achieved the Licence of Yacht Master for yachts and pleasure ships longer than 24m. He was employed by a Ship Management Company based in Novi Ligure (Alessandria) as Technical Superintendent and he followed the company when it moved to London.
He worked for an International Classification Society, in Genoa, for ten years, from 1996 to 2006, in the roles of Marine Surveyor, Industry Surveyor and ISM/ISPS External Lead Auditor. He has surveyed and audited all kind of ships and yachts during the building stage and/or in operation worldwide. In 2005 he also qualified as ISO Lead Auditor by the “International Register of Certified Auditor" (IRCA).

In 2006 he decided to move to Monaco, where he currently lives, joining two prestigious oil chemical tanker ship management companies with the role of Technical Superintendent, in charge of the management of four Russian-owned oil chemical tankers, performing drydocks and ships’ maintenance works all around the world. He participated in model test experiments in the towing tanks in Korea of Hyundai and the State Research Laboratory for the design of a new energy efficient tanker hull/propeller with consequent execution of trials at sea.
Angelo joined Fraser Monaco in November 2013 in the role of Technical Superintendent. He speaks Italian, English and French. In his free time he enjoys swimming, hiking, motorcycle and sailing.
Choose an office