A Sense of Taste 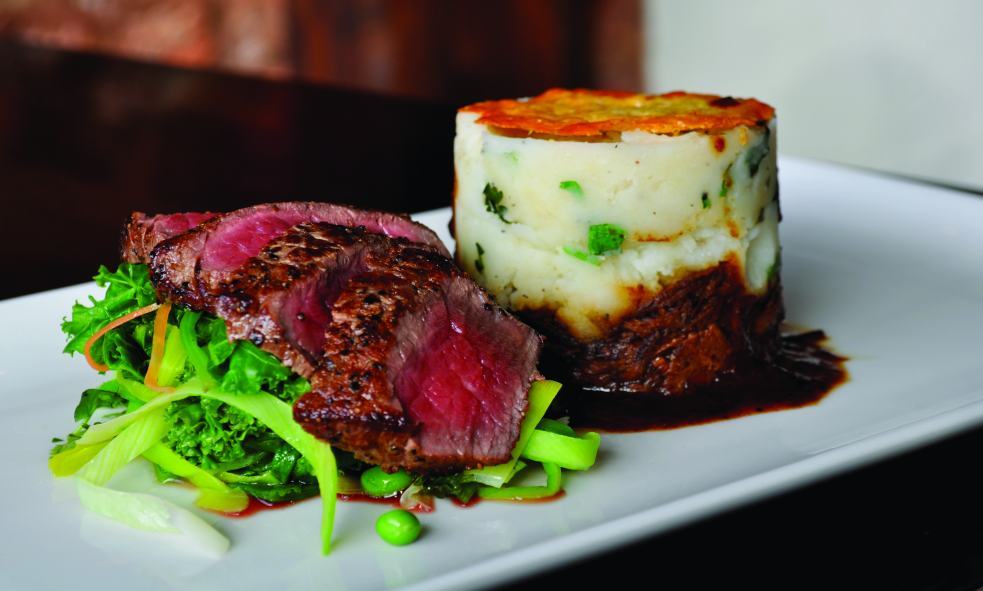 Ed McLachlan decided at the tender age of 18 that one day he would become a superyacht chef. Ten years on, he’s just won the MYBA Charter Show chef competition: his culinary journey has taken him from rural Devon to remote Asia, using hard graft and an enquiring mind to attain his goal.
Ed Mclachlan’s culinary journey starts even before his 18th birthday. In his mid-teens he took not one but two summer jobs in kitchens, working in a donkey sanctuary café by day and a hotel by night. He kept up with his schoolwork too – and could have gone to university if it wasn’t for an internet search. Keen to have his hard work rewarded, he looked-up well-paid, interesting jobs in cooking online and discovered the role of superyacht chef. Ed is pretty matter-of-fact about such a major decision. “All my friends and family have been through university, but I just love cooking, so I thought I had to give it a go.”

Ed’s chosen path didn’t mean the end of studying, quite the contrary – he embarked on a quest to learn everything he could about cooking, knowing that a superyacht chef is expected to turn their hand to anything. He started work in a kitchen under the guidance of an accredited Master Chef (a member of the Master Chefs of Great Britain), completing diplomas before being named Master Chef apprentice of the year in 2009. But even this wasn’t enough for young Ed; on his days off he went to work with butchers or bakers, even his local Indian takeaway, to expand his skills. With this sort of drive and determination, it’s no surprise that at the age of just 24 he became the youngest ever member of the Master Chefs of Great Britain.

When the opportunity arose to become Head Chef of the Galley restaurant - a 50 cover, multi- award-winning fish and seafood restaurant in Topsham, Devon - he grabbed it with both hands. “It was a great break, the owner had taken over what was quite a run-down place and trusted me to design the menus, choose the wine, everything. He wanted the menus to change every day – so that’s what we did.” Business doubled every year and the accolades came flooding in, with sites like TripAdvisor and top newspapers voting it one of the top ten coastal restaurants in the whole of the UK.

All this success would have represented a lifetime’s achievement for many chefs, but not Ed – he still felt he could learn more. The ambition that had seen him achieve so much in the UK now propelled him to take on the rest of the world. In 2013 he left the Galley and travelled extensively throughout Europe, Asia and Australasia. He learnt to cook his favourite local dishes, taking lessons from anyone from street vendors to Michelin-starred chefs. Finally he achieved the goal he set himself at 18, and Ed became a superyacht chef on board M/Y Aurelia. after years of anticipation – how did his life change? “The main difference is the hours I work. I only get a few hours’ sleep a night. In a restaurant the work is intense but in short bursts, while on a yacht it is all-consuming. And Aurelia is a very popular yacht for charter – which is great – but it means lots of hard work.” It’s impossible to define Ed by a single signature dish or style. “Every dish I prepare is the very best I can offer,” he says. He’s deliberately set out to become a chef with a wide repertoire of the very highest standards; the opposite of a ‘jack of all trades’, he has mastered them all. Hence guests are happy to let Ed call the culinary shots. “After I get the preference sheet, I create an adventurous menu. Then I check the guests are happy with what I’ve prepared and so far they’ve said ‘keep doing what you’re doing – and keep surprising us!’” That means Ed is free to cook pretty much whatever he wants. He understands that the food needs to be light, fresh and reflect local produce – he may be an expert in Indian cuisine but appreciates that those cruising in the Med predominantly want to eat typically local food. And he’s quite happy with that. “The Mediterranean has so much to offer – the produce available is amazing and everyone here seems to be passionate about food.” Of course, his thirst for knowledge is undiminished. “I think I’ve learnt even more about food since I’ve been working on yachts than I did when I was travelling! It’s the quality of ingredients that really excites me. The provisioning companies offer you some amazing things – I’ve recently been using sea grass for the first time.” For the time being Ed and his wife are happy working on yachts, saving as much money as they can. One day they plan to open their own restaurant – “we just don’t know where yet”. With Ed’s track history of hard work and desire to learn, wherever he goes, it’s sure to be a delicious success. This article originally appeared in issue XI of FRASER magazine – the intelligent magazine for living, loving and luxury yachts. Read the Fraser yachting magazine.
back to list
Share this page