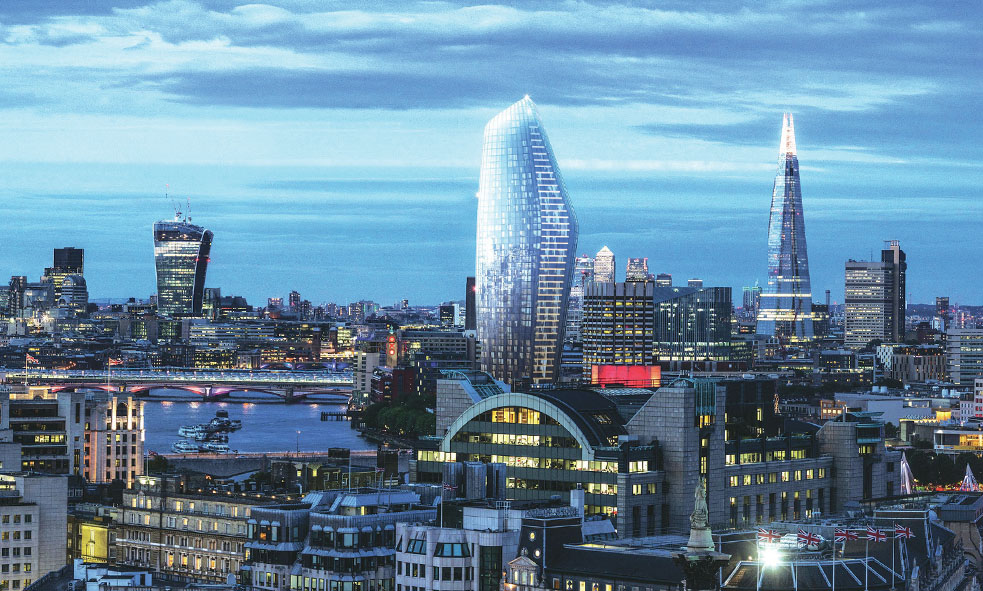 Penthouse living has long been the number one status symbol among the world’s ultra-high net worth crowd, but the rise of innovative superyacht design has seen an extraordinary pairing between rooftop serenity and nautical architecture. The beauty of modern day superyacht design is in its organic fluidity and process of evolution. Borrowing from, as well as inspiring, neighbouring sectors such as the automotive industry is what keeps it current, innovative and surprising. Match that with the global demand among the elite for power living, and the result is a rise in penthouse developments that capture both the style and essence of life aboard a superyacht; coveted privacy teamed with unparalleled, progressive design.

There are a few projects that illustrate the influences land-based architecture and superyacht design have had on one another. This is usually best demonstrated by choice of materials and construction techniques, as well as actual design features and aesthetics, such as the Frank Stella Chapelle exhibited at the Venet Foundation, an outdoor exhibition space opened in 2014 set within artist Bernar Venet’s Le Muy estate in Southeastern France. A 15m-wide pavilion designed by superyacht design firm Ipi, it is inspired by fluid dynamics and water vortexes and comprises a twisting carbon fibre roof structure with sailcloth infills.

There are also an increasing number of high profile superyacht designers who work with clients on both their residential architecture and yachts, such as Andrew Winch design, Keech Green and Luiz de Basto. On the flipside are the architects who dabble in yacht-inspired buildings. enthused by the sinuous curvesand sleek dimensions of yachts, the Ocean resort residences at Conrad Fort lauderdale Beach are the vision of acclaimed architect, the late Michael Graves. Known internationally for his transformative, humanistic work in architecture and design, Graves’ worldly perspective can be seen throughout the build, in which multifunctional spaces echo life aboard a magnificent yacht.

“We saw the opportunity to improve the layouts of the residential units, and then, at the client’s request, we influenced the character of the building itself,” commented Graves earlier this year. “the sail-like profile of the top of the building and the incredible beachfront location created logical associations with sea-going vessels…the building is not a literal reference of course, but subliminally reflects the fact that this neighbourhood of Fort Lauderdale has developed into the yachting capital of the world. “[At Michael Graves design] we believe that architecture is inextricably tied to use, place, client aspirations and cultural traditions,” he adds. “For us, the greatest buildings are those that cannot be imagined anywhere else in the world.”

When it comes to unimaginable heights, it is predominantly penthouses that are leading the way. it’s no longer enough for them to simply be the best apartment at the top of a building. to meet the demands of discerning buyers, developers are building to a level of design sophistication, service, and scale that is unprecedented, and today’s penthouses have elaborate, distinctive features that set them apart. Monaco’s Tour Odéon is set to be one of the Mediterranean’s tallest buildings, standing at 557 ft above sea level, and home to the world’s most expensive penthouse with a price tag of $387 million. soaring above the dazzling, blue, crystal waters of the Côte d’Azur, the four-floored penthouse (featuring a kitchen on every floor) contains five bedrooms, a private home-cinema, sauna and large outdoor swimming pool, which is that extends from several floors up. Hosting the Monaco Grand Prix, the Monaco Yacht Show and the Monte Carlo Rolex Masters every year, the Principality of Monaco regularly attracts high volume crowds of ultra-high net worth individuals from the international social scene, not to mention those who have made it their primary home, and tour Odéon, set for completion in september 2015, raises the benchmark for the very best properties across the world’s leading markets. By its very nature rooftop living guarantees plenty of natural light thanks to the usual floor to ceiling 360-degree glass walls and high ceilings, which in turn provide unrivalled, breathtaking views of oceans, city landmarks and vast panoramas. More often than not penthouses are found in prime property locations, and boast ever increasing outdoor space. they are usually distinguished by having two or more levels and are equipped with spectacular, luxury amenities both within a development, and the penthouse itself, making them convenient, accessible and fantastic investments.

More importantly for those who can afford them, penthouses, much like superyachts, offer highly valued seclusion, and have therefore become a true status symbol. They are one of the current trendiest concepts in residential living among the elite. “The buyers of these penthouses really just want to protect their privacy, so they outfit their homes with all of their own amenities,” says Mark Zilbert, President and CEO of Zilbert International Realty. “It’s like they build whole towns within the penthouse - they usually include features like home theatres, gyms, spa rooms, chef’s kitchens, and private pools so that they can enjoy everything without ever having to set foot outside their door.” One of the most elaborate examples is the triplex penthouse at Cityspire, 150 West 56th Street, New York, which offers the highest terraced residence in the united States. Listed for sale at $100 million, it is set across three floors and includes six bedrooms - the master bedroom occupies the entire 75th floor - nine baths, a private elevator, separate maid quarters, 3,000 sq ft of wraparound terraces, and a 1,000-bottle wine cellar. “The uniqueness of my apartment is that you can step outside and see it all,” says Cityspire penthouse developer Steven Klar. “What drives people to want penthouses in new york are first and foremost the views.”

The world is not short of impressive penthouses. The spencer condominium, previously owned by the late Joan Rivers and listed for sale at $29.5 million, sits atop the Upper East Side Mansion. Once a ballroom it was converted into an opulent neo-French classic condo by designer Horace Trumbauer equipped with stunning parquet-de-Versailles flooring. While the Sydney Harbour Front penthouse is Australia’s most expensive apartment and is located between circular quay and the Botanic Gardens. Occupying over 7,500 sq ft it features a private elevator, wine cellar, billiards room, master bedroom suite and a number of dressing rooms all overlooking Sydney’s Harbour Bridge and Opera House. And most recently of all, on the south side of Blackfriars Bridge, London, a stunning new riverside quarter, One Blackfriars, equipped with a striking rooftop penthouse, is planned for development. Designed by architects Simpson Haugh & Partners and featuring a dynamic double envelope façade with two distinct layers, it takes an unusual curved form inspired by the sail of a yacht. Set to add an expressive, new, nautical- themed silhouette to the London skyline, this latest slice of expressive architecture promises to reveal yet more artistic design features when the developers unveil their currently-under-wraps plans later on in 2015. Be it tranquility at sea or the urban high-life that most appeals, the parallels between forward- thinking penthouse architecture and boundary- pushing superyacht concepts only go to highlight the similarities when it comes to the requirements of the elite, not to mention the multi-faceted aspects of cross-over, interpretative design.

This article originally appeared in issue XI of FRASER  yachting magazine – the intelligent magazine for living, loving and luxury yachts.
back to list
Share this page