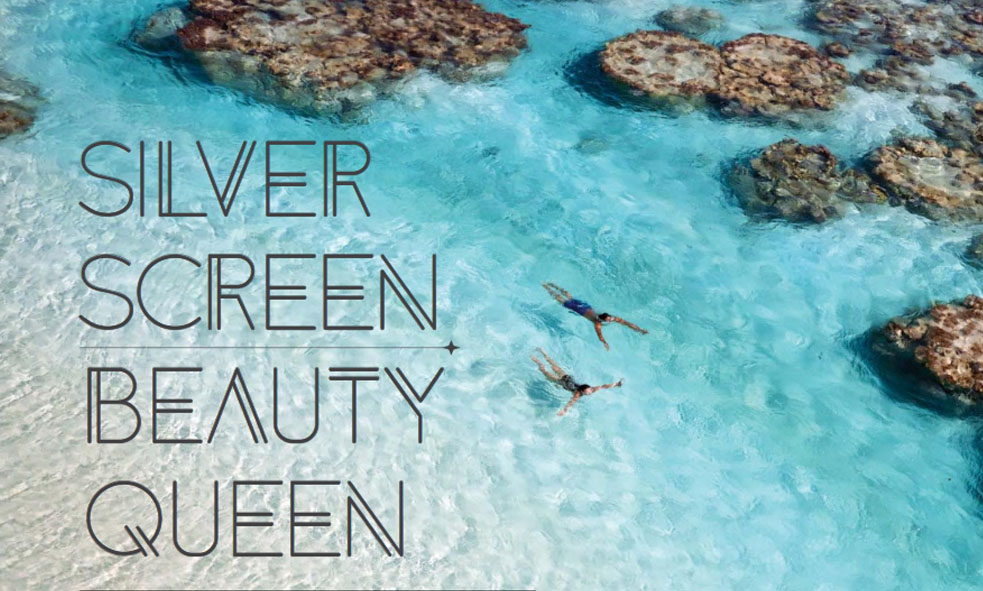 Blue lagoons rich in marine life, white sand beaches adorned with coconut palms, remote, secluded private villas accompanied by Michelin food and world-class wine – it’s just another day in paradise at the most exclusive holiday destination to date, the exotic French Polynesian resort, The Brando. It seems strangely apt that someone so publicly adored for his devastating good looks, and often cited as one of the greatest and most influential film actors of all time, should be the person to stumble upon a place of such unspeakable wonder, and make it his mission to preserve it.
Marlon Brando is best known for his academy-award winning performances as Terry Malloy in On the Waterfront and Vito Corleone in The Godfather, but it was while filming the rather less successful Mutiny on the Bounty that he first visited Tetiaroa. A private atoll of French Polynesia, it is unadulterated heaven on earth located 30 miles north of Tahiti. Comprising 12 motus (small islets) surrounding a sparkling three-mile wide lagoon, Brando became “immediately smitten with the island’s beauty and the sense it gave of being closer to paradise” and finally bought it in 1967. Passionate about preserving Tetiaroa’s natural beauty, astonishing biodiversity and cultural richness Brando, with the help of long-time resident of Tahiti, Richard Bailey, set about creating the world’s first and foremost post-carbon resort – “an island where innovative new technologies would enable a self-sustaining luxury environment for hotel guests, scientific research and full-time residents”. The eponymous resort, The Brando, which stands there today, is the legacy of that partnership.

With access to the island by private plane or helicopter, the resort features 35 villas on white-sand beaches frequented by sea turtles, manta rays and exotic birds. Each villa has its own pool and secluded beach area, as well as luxurious furnishings and deluxe amenities including large windows that let guests indulge in the sun, the breeze, and lagoon views. The Brando is located on Onetahi – a motu spanning 193 acres – but all of the motus, which between them contain an abundance of coconut palms, lemon shark nurseries and primitive rainforests are available exclusively to the resort’s guests and visiting researchers to explore. At least 167 fish species have been observed around the atoll, from colorful parrotfish and spotted eagle rays to blacktip sharks and bonefish. Dolphins can sometimes be seen in the months from July to October, and whales have been sighted in the open ocean, behind the reef. Tetiaroa is also a major sea turtle nesting site, and during the nesting season turtles come in their hundreds to lay eggs on the coral sands beneath the trees. In the evenings between the months of November and March, guests can join a guide from Te Mana O Te Moana, a nonprofit foundation that studies the turtles, for the opportunity to witness a sea turtle laying her eggs or a hatchling of baby turtles.

“The Brando is committed to preserving and protecting the natural splendour and precious biodiversity of Tetiaroa,” says Silvio Bion, general manager at The Brando. “We have touched the atoll on which the resort sits as lightly as possible. Almost all of the atoll is being protected and preserved forever in its native state.” Tetiaroa is completely private with its own airfield. Guests are provided with both casual and fine dining experiences – including the cuisine of Guy Martin, chef propriétaire of the three-star Michelin restaurant Le Grand Véfour in Paris – all of which are accompanied by sweeping views, a world-class wine cellar and fresh, organically grown fruits and vegetables sourced from the resort’s orchard and garden. In the evenings, guests can take a seat at the aptly named Lagoon View bar and take in the spectacular sunsets over neighbouring Mo’orea island. A wooden walkway leads to more intimate pockets of tree-level seating. For something a little more rustic, Bob’s bar offers a sand-floor, open-air experience set right on the beach, perfect for that pre-dinner apéritif. The infinity pool is located on the beach, while the Varua Polynesian spa is set in a lush, tropical oasis and offers the finest holistic treatments inspired by ancient Polynesian traditions coupled with world-class modern techniques. Cultural activities and excursions to neighbouring motus are available every day, and guests are encouraged to explore spectacular lagoons by Polynesian canoe, kayak, paddleboard, snorkeling or scuba diving. As a place to kick back, relax and take a little ‘me’ time, it is nothing short of spectacular. In addition to the lighter activities available, The Brando also offers its guests the opportunity to venture on reef quest, a recreational and educational activity aimed to introduce guests to marine research by putting them in the shoes of marine biologists for a special study mission on Tetiaroa’s coral reef. Supervised by a naturalist guide, guests learn about the different types of corals, species of fish (including each one’s role in the barrier reef ecosystems), along with the study methods of scientist surveys. It is this rare sense of environmental responsibility at the forefront of all that The Brando offers that sets it apart from traditional paradise islands. Using pioneering technology and operating exclusively with renewable and non-fossil energy sources the resort has nearly achieved its goal of being fully self-sustainable. “We believe we are stewards of Tetiaroa,” says Bion. “In pursuit of Marlon Brando’s dream, we have established the ecostation on the island – a kind of think tank where scientists from around the world can lead research into sustainable interdependence and gather together to help tropical islands everywhere find their own path to sustainable development.”

The ecostation was built and donated by The Brando to its atoll neighbor, Tetiaroa society, a nonprofit organisation dedicated to exploring innovative solutions to the world’s most pressing issues relating to sustainable interdependence. Current projects being undertaken by Tetiaroa society include baseline studies on coral reef growth, as well as an initiative supported by local Polynesian fishermen to replenish fish and crustaceans in the protected Tetiaroa Lagoon.

Historically, Tetiaroa was once the favoured retreat of Tahitian royalty, and because of its rich history Tetiaroa will forever be charged with meaning for Polynesian people. In protection of this, Marlon Brando dreamed of building a “university” that would “educate others about the many facets of this jewel”, and it is the complementary mission of The Brando to provide one of the most luxurious, authentic and enriching travel experiences available anywhere in the world in an environmentally sensitive, sustainable and culturally rich manner. It’s safe to say that the carefree luxury that it provides nestled in the midst of pristine nature more than achieves this goal.

This article is extracted from issue XI of FRASER yachting magazine - the intelligent magazine for living, loving and luxury yachts.
back to list
Share this page