The Importance of Belonging 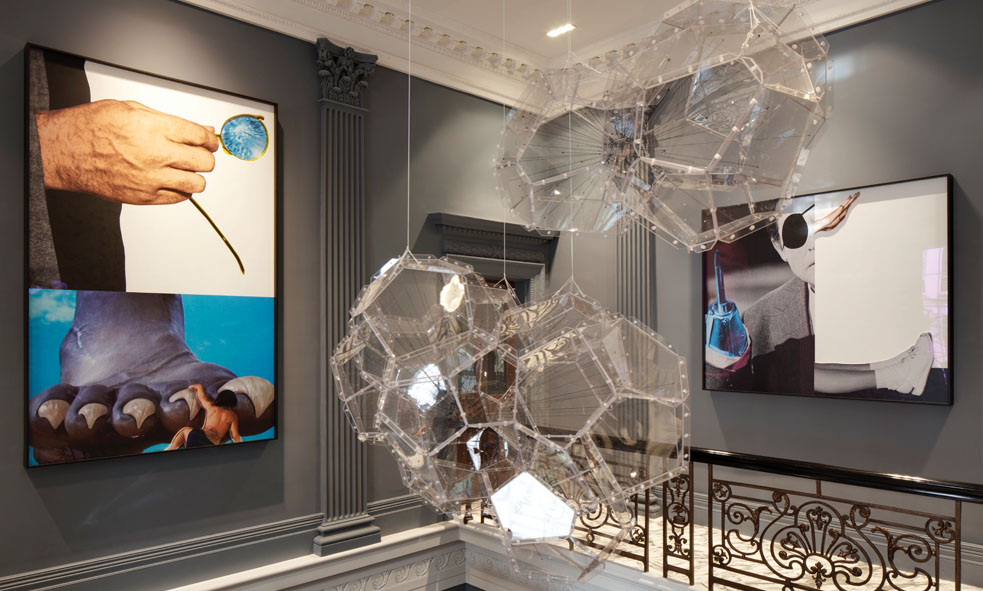 The private members’ club: a coveted place of solace, a sanctuary or haven for the genteel folk, a slice of privacy away from prying eyes. It’s also a long serving tradition that is now enjoying a new lease of life on a global scale.
In the world of cutting-edge retail there is the concept of the ‘third space’ - stores less as places to shop, more as places to relax, and then maybe shop. The idea - social hubs that take us out of the home, without the pressures of being in, say, a restaurant or bar - is often presented as radically new. Yet this is what private members’ clubs have been offering for generations now - indeed, it is precisely because metropolitan life is increasingly time-pressured, and the choice of venues bewilderingly endless, that the members’ club is proliferating once again. It offers a go-to sanctum away from the bustle or, if you prefer, towards the kind of bustle you might like with the kind of people you might like.


“Clubs offer their members a certain type of atmosphere and familiarity, a home from home - they like being on first name terms with the staff, for instance, or the fact that they can ask the kitchens to cook a dish in a particular way,” says Roger Marris, the CEO of the London Ritz Hotel’s ritz club. “There is something personal about a club that you visit regularly that you just don’t find elsewhere. There’s a sense of safety and privacy. And, of course there is a reassuring sense too of being ‘in the club’. You’re part of an exclusive group. Certainly our members are not shy to tell us if they think we have members who are inappropriate...”

It was in response to this exclusivity that, fueled by the new egalitarian culture of the 1960s, Peter Cook pointedly named his club The Establishment, despite operating an open door policy. It’s why the club that inspired a wave of new openings during the 1980s, the Groucho, was so wittily named - after Groucho Marx’s joke that he’d never join a club that would have him as a member. And why Tom Wolfe has referred to members’ clubs as still being places to experience those “here-we-all-are” moments. Yet there is more to meeting with kindred spirits - in terms of income, profession and outlook - than the chance to chat over cocktails. In an age in part defined by social media, members’ clubs offer a real life networking opportunity. The venue for power-broking and history making has changed. When tony Blair and Gordon Brown cut a deal on the leadership of new labour, it was over dinner in an Islington restaurant. When, in 2009, however, rupert Murdoch told David Cameron of plans to switch allegiance to the conservative party, it happened in the George, a private members’ club in London’s Mayfair. More than this perhaps, clubs today also offer some solace to an acutely contemporary malady. “Clubs give their members a much needed sense of community, as successful restaurants do too really,” explains Brian Clivaz, one time managing director of the aptly-named Home House and CEO of the Arts Club, now overseeing new London clubs upstairs at L’Escargot and the Devonshire Club, opening next year. “We live in a more and more anonymous society in which people talk to each other less and less, especially in cities. If you want it, clubs offer the chance for human interaction again.” Small wonder that this sector of the hospitality industry is now seeing the genesis of a new generation of clubs, and this time making them big business internationally. Over recent years, for example, the Soho House group, owners of Home House, signed a £250 million deal with US retail magnate Ron Burkle to fund its expansion into Asia and the Far East. Nicola Horlick, investment fund manager and chief executive of Bramdean Asset Management, even launched an enterprise investment scheme focused on private members’ clubs, such is her conviction in their potential. Certainly clubs now run the gamut from Paris’ super-cool Silencio, designed by David Lynch, to New York’s A60, its high life literally atop the 60 Thompson Hotel skyscraper; from Geneva’s Griffin’s club to Buenos Aires’ Oasis - so private it doesn’t even give out its address unless you’re a member. Providing you can get an introduction, pass the vetting procedure and pay the fees, there is a club for everyone. Few people might be what Samuel Johnson dubbed “unclubbable”, in reference to the lowliest sort who could not gain membership of any club. That’s progress. The original conception of the members’ club - born in London in the late 17th century - was a strictly upper class male affair. And demand was huge. Come the 1880s London had over 400 such clubs. Anyone who was someone belonged to at least one and many still survive as arguably the most famous examples: the RAC Club, the Chelsea Arts Club, White’s - London’s oldest club, dating to 1693 - and the Garrick, the kind of clubs that typically still enforce rigidly formal dress codes, this either being charming or out of pace with the zeitgeist, depending on one’s view. Back then each club was a magnet for a particular caste: actors or artists, literary sorts, sporty or certain business types, certain nationalities or military men. They were often places to gamble - because then gambling was illegal outside of members’ only clubs - and, as clubs still are, places for people to gather, debate, expound and plan. It was in the reform club that Jules Verne had Phileas Fogg accept the bet to travel around the world in 80 days. Or maybe dine, drink or just sit: “the great chair of a full and pleasant town club is, perhaps, the throne of human felicity,” as Johnson reckoned. It’s not for nothing that a comfortable leather-and-buttons upholstered place to park one’s weary bones with a whisky is still called a ‘club chair’.

That progress continues. It doesn’t please all, but the fact is that, while they certainly remain closed worlds by definition, members’ clubs are becoming less elitist. Yes, there are those who join a club as a badge of status, as some always have: as the ‘new quarterly review’ grumpily noted of the Athenaeum in the late 19th century, “ninety-nine hundredths of this club are people who rather seek to obtain a sort of standing by belonging to the Athenaeum than to give it lustre by the talents of its members.” But today’s era of clubs have seen them evolve to meet both commercial and client demands, letting in guests, hosting functions for outsiders, being as much a place of increasingly mobile work - the office from the office - as of convivial relaxation. “Any club in any big city now is going to draw a huge diversity of people. Today clubs are not built around what school you went to, or what political party you support - nowadays they welcome all walks of life and all strata of society, which makes them better, more dynamic places,” argues Clivaz. “The bottom line is that what makes a good members’ club is what has always made a good members’ club - and that’s good members.” This article originally appeared in issue XI of FRASER magazine – the intelligent magazine for living, loving and luxury yachts. Read the Fraser yachting magazine.
back to list
Share this page