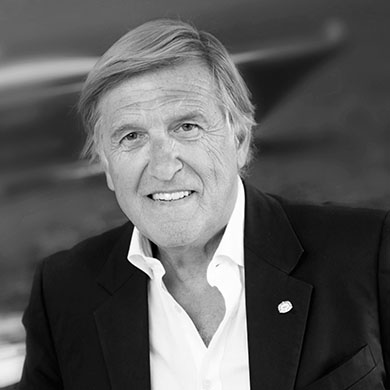 email Roberto
Mr. Giorgi began his career at sea; attending Nautical College and joining the Italian Navy as a Lieutenant before joining the merchant marine where he worked on both passenger liners and cargo vessels. He obtained his Master Mariner qualification in 1974.

In 1980 he began his first shore-based role as a ship manager at Amarline. Several years later he joined the newly founded V.Ships and helped grow the company to become the largest ship management company in the world today. He has held various roles within the V.Ships Group including being the Managing Director of V.Ships New York, before returning to Europe to launch the new brand V.Ships Leisure in the cruise sector, as well as running the ship management operation from its Monaco office. From 2005 until the end of 2013 he held the role of President of V.Ships and until the end of 2015 he was the Honorary President before his retirement from VShips.

Mr. Giorgi was President of InterManager from 2008-2010, the international trade association for third-party and in-house ship managers, whose members are responsible for some 3,700 ships and more than 200,000 crew members between them.

In August 2014 Mr. Giorgi became the Chairman of Fraser, a company he had been involved with since V.Ships bought it in a joint partnership with Azimut Benetti in 2004.

To read an article with Roberto Giorgi please click here.
Choose an office