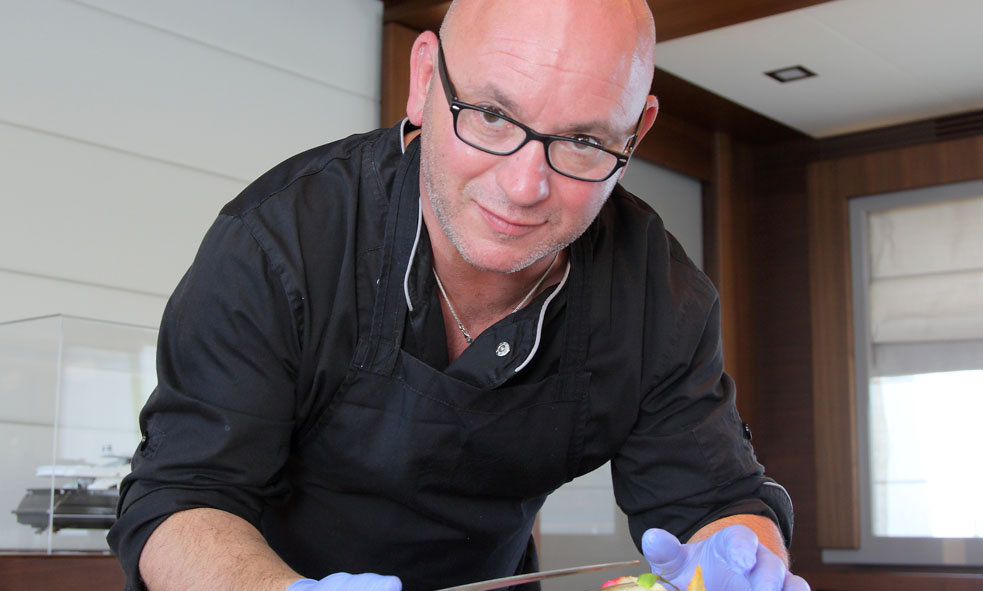 Ever wondered what life as a superyacht chef is like? This month Fraser talks to Chef Andrea Musetti of 37.80m M/Y LADY DIA.
At 52 Andrea holds a solid pedigree as a chef. He comes from a family of chefs; his mother, grandfather and older brother are all chefs. In fact, in the family they like to say

“Instead of blood, tomato juice runs in our veins”…

His career as a chef started at the tender age of 16 where he began working as an apprentice chef. Throughout his formative years, a variety of enriching experiences ranging from working in hotels and restaurants to military service in Italy and working as a private chef in the Middle East forged his methodical, organised approach to running a kitchen. A turning point in his career came when he moved to San Francisco California in 1984 where he first worked for Caesar's Italian Restaurant, a North Beach institution and then the Fog City Diner, a restaurant built in a train, where he began experimenting with Italian-American fusion cuisine.

His American experience exposed him to new flavours and new products where he had to use his imagination, in turn developing his creative signature. Several experiences in San Francisco followed including a stint at Kuletos Restaurant where he started as a sous-chef and was promoted to chef after just 6 months. Upon his return to Italy Andrea completed a year on board cruise ship Pacific Princess working as a chef. He began his career in yachting in 1988. Of being a superyacht chef he says it is a solo operation. Unlike hotels or restaurants where a chef works as part of a team, on a yacht the chef is often alone as is the case on superyacht LADY DIA, where he has been the chef since 2011.

He has worked on a number of yachts through his career including 49.5m M/Y RIMA II, 60m M/Y BELLISSIMA, 38.86m M/Y LADY IN BLUE and many more. Most winters, he likes to take a break from the yachting world to renew his creativity and has played key roles in many ventures including the opening of a restaurant in Cairo (Egypt), a coffee shop in Kuwait and two restaurants in Hungary. His experience as a hotel and restaurant chef has proven invaluable to his work as a superyacht chef. To this day he still makes his own veal stock, uses his own handpicked spices and salts and his kitchen is meticulously organised.

His extensive knowledge accumulated over the years also enables him to cater for different types of dietary requirements including diabetics and coeliacs among others. He makes his own gluten free bread and pasta and he is also able to extract the natural sugars present in fruit using them to make desserts suitable for diabetics.

“If you are knowledgeable about the product you are working with you can make up your own recipes. Don’t read from a book, anyone can do that! Get creative and use your imagination!”

His cuisine is best described as “creative” and “knowledgeable” and is very much the result of his inspiration du jour and working exclusively with fresh, seasonal produce. Aromatic herbs such as fresh basil and unusual associations such as fish and fruit characterise his cuisine. As a seasoned chef he likes to go to the local markets to source his produce and he has his favourite addresses in each town (Bardi Pescheria in Santa Maria Ligure where the scampi is still alive, the fruit and vegetable market in St. Tropez for spices, the fish market in Antibes….) Andrea Musetti’s philosophy can be summarised as “Eat well, Live well”… With an almost scientific approach he points out that good food stimulates the production of feel-good hormone serotonin in the brain… And he also extends this philosophy to crew, emphasizing that “Good food makes happy crew”. Some precious advice from Chef Andrea Musetti to end this post:

“The starting point in cooking should always be the simplicity of each product and to emphasize its flavour”.


LADY DIA is available for charter through FRASER YACHTS in the West Mediterranean and the Balearics. Weekly rate 110,000 euros. Contact the Fraser Yachts Charter Department.
Photos © Thierry Ameller
back to list
Share this page 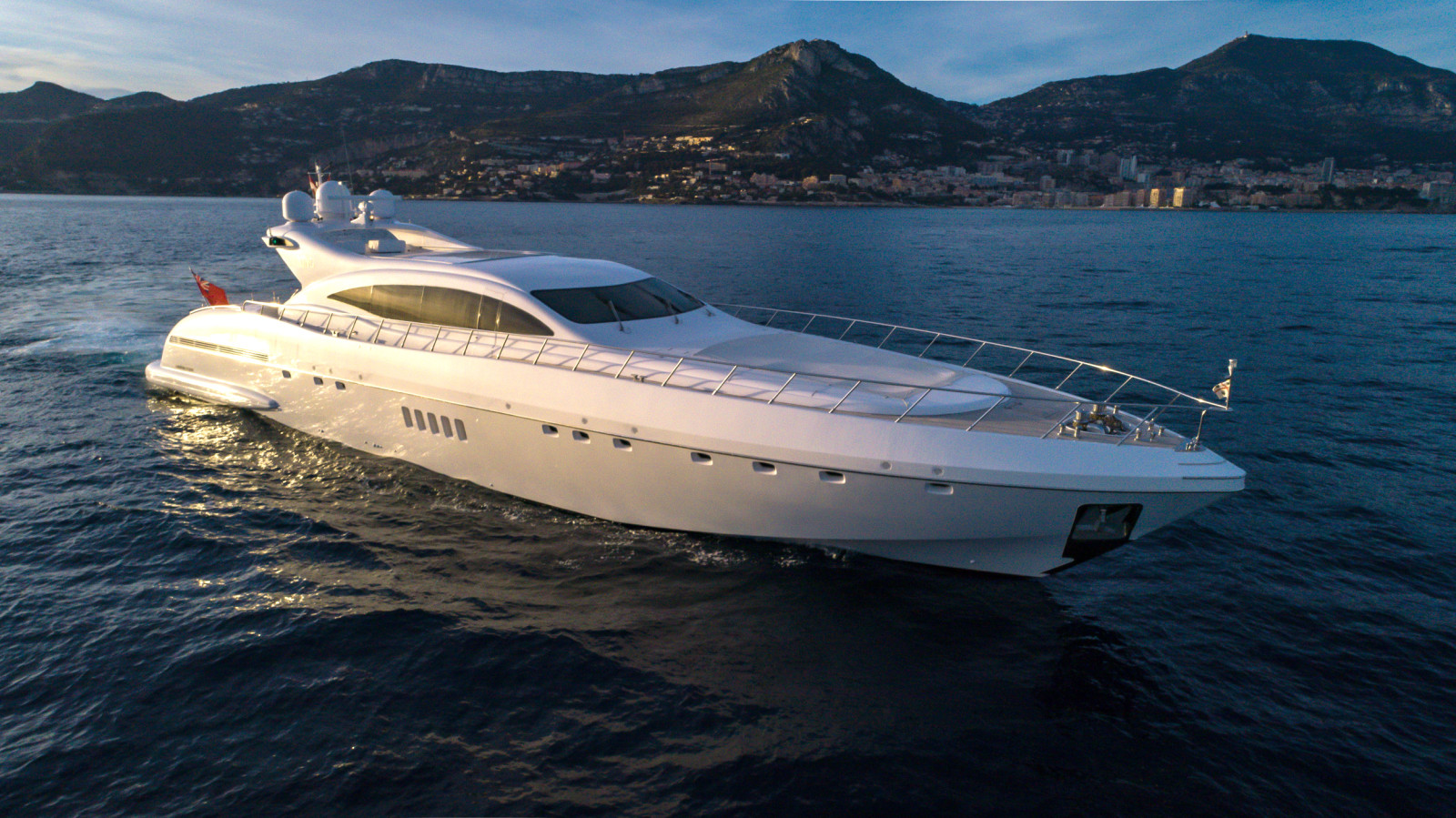 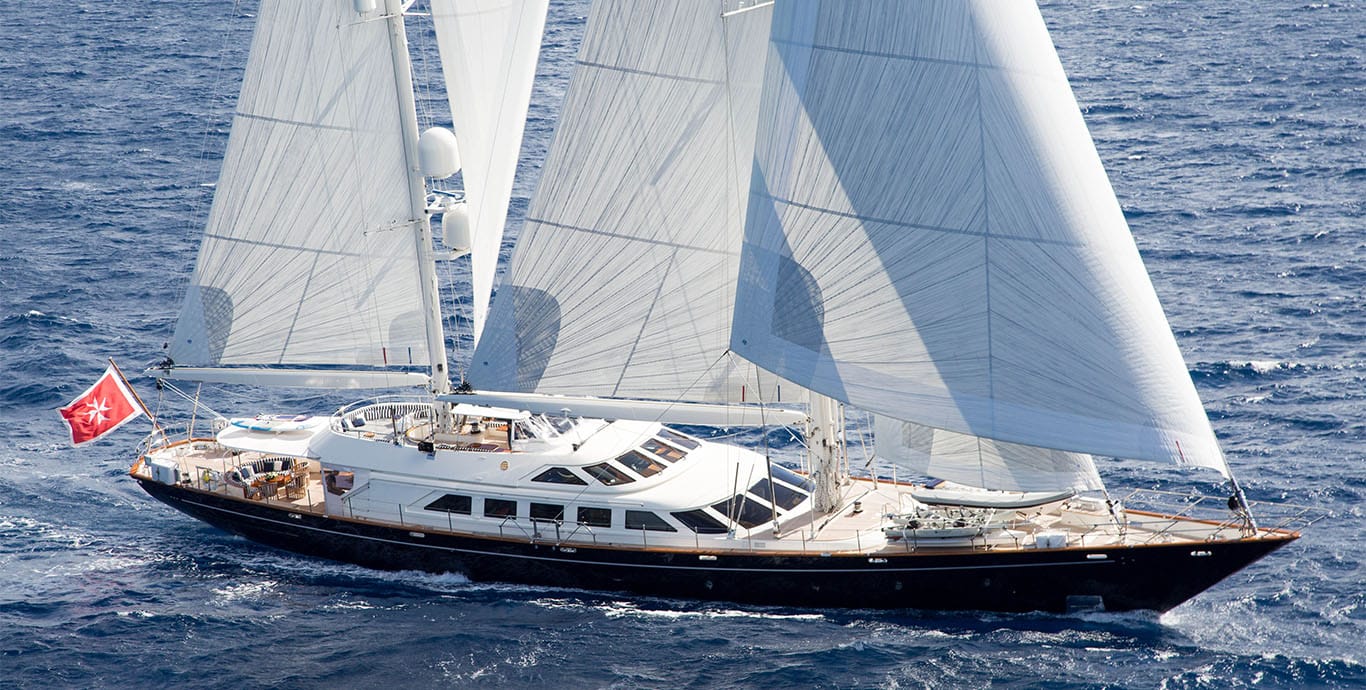