Dining in the Adriatic

Typically Mediterranean but with its long-standing Balkan links, a summer foodie tour of traditional dishes cruising along the Montenegrin coastline encompasses Italian seafood, warming meat dishes, and a fiery taste of Rakia. 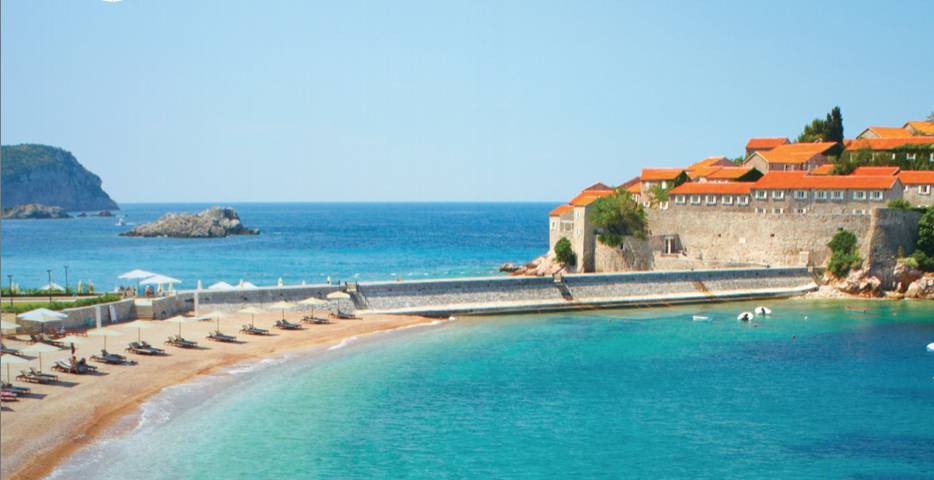 Buzzing over the Bay of Kotor in a small blue helicopter, my pilot, Laura, and I look down on the stunning superyachts moored in the marina. It is only from the air that you can appreciate the immensity of their strength and ambition, cutting through the pea- green waters that brought the Romans, Venetians, Ottomans and a host of other empires here, to the tiny jewel-box of a nation that is Montenegro.

The boats below us glisten in the spring sun, while level with us, just a few kilometres away, mountain peaks topped with stone monasteries sit covered in snow. Turn your head and you can pick out the ancient town of Kotor with winding streets and old aristocratic houses; or, a few miles along the Adriatic coast, the medieval city of Budva with its now glitzy nightclubs and casinos, not to mention some of the best beaches on the coast.

That's the thing about Montenegro: you have all the history, all the landscape, all the culture of a major nation packed into a country covering less than 15,000 sq km. And Montenegrin cuisine reflects this unique mix with its strong and unforgettable tastes from the north and light and salty smells of the south. The strong influence of Turkish and Ottoman culture can be felt with every bite of moussaka, sarma (minced meat), cheese pies and other northern delights. Montenegrin southern cuisine is built upon strong Italian gastronomic influences such as prosciutto, wine, olive oil and fish dishes. Dry figs and other Mediterranean fruits also play an integral part of this type of cuisine.

During my visit I spend some time at the impressive Porto Montenegro, the country’s five-star marina complex, and have the opportunity to sample the nation’s Italianesque seafood at restaurant ONE, at the foot of Porto Montenegro’s Jetty 1. Its proudly presented house special is homemade Foie Gras terrine, served with a fig confit, but I opt for the highly appetising black squid ink risotto, followed by a classic tiramisu – another Italian dish with zest readily embraced by the Montenegrin chefs (albeit a relatively modern one).  If the Italians brought the seafood, the Orthodox Slavs who arrived overland from the north brought the drink. Rakia is a traditional type of fruit brandy that permeates south- eastern Europe. In Serbia and Romania it is made from plums (also known as slivovica), but in Montenegro they laugh at slivovica’s standard 40 per cent proof; here it is made from grapes and hits 50 per cent.

The Dining Room restaurant, reported to be one of 15 best hotel restaurants in the world and the heart of the Regent Hotel in Porto Montenegro’s food and beverage operations is where I dine for dinner. The knowledgeable sommelier, Vlada, explains how to enjoy Rakia, their regional delight. “We drink it for breakfast,” he says. “First a sip of olive oil, then honey, then Rakia.” I’m happily informed that it’s “good for circulation” and will “keep me healthy”, which is comforting to know as the fiery liquid slips down my throat.

The south of Montenegro, in and around its surrounding valleys, is also home to wine-country and its indigenous fruity Vranac grape, as well as other grape varieties, such as Krstač, Cabernet Sauvignon and Chardonnay. The family- owned Mašanović winery, located in Orahovo polje in Crmnica near the fertile soils of Lake Skadar, has a century-long family tradition of wine production. The owner, Zarko, hands me a glass of his most popular wine, Dionis, a 2012 Barrique blended from Vranac, Marselan and Petit Verdot grapes. It is a deep red with purple tints, and sweet fruit emerges from the flavour of burnt oak. We drink it along with the foods with which visitors are traditionally welcomed to a Montenegrin house: tightly rolled prosciutto, soft white cheese and priganice, deep-fried doughnuts dunked in sugar or honey. 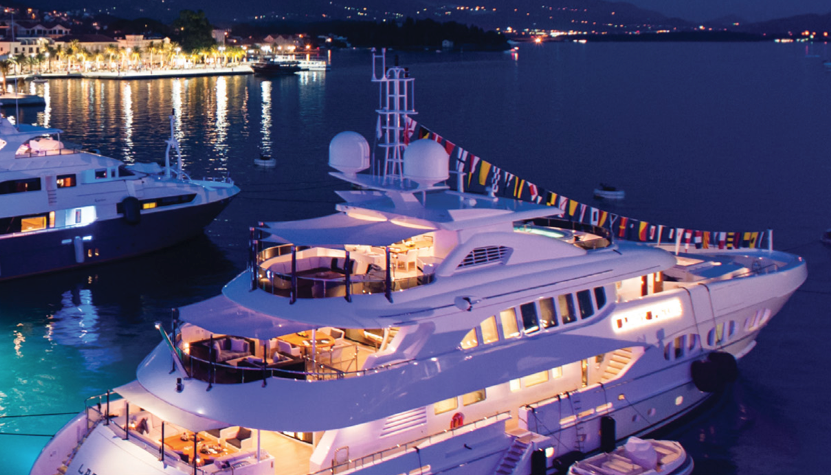 The winery is not too far from Kotor, the little Venetian town that has long guarded this strip of coastline. Kotor is a pretty place enclosed within curious city walls that stretch up the side of the hill under which the town nestles. Climb them and you come to the church of Our Lady of Health, built as an offering to save the town from the Black Death. It seems to have worked and the town is now a thriving destination, with tourists attracted by the series of little squares in which you sit out in the evening to chat until night time.

For an even more intimate destination, the island village of Sveti Stefan has been the playground of the rich and famous since 1934 when the Yugoslavian Royal Family built their summer villa on the mainland opposite. The village perches on a rock in the sea (now connected to land by a narrow road) like a bird waiting to pluck fish from the water. In the sixties and seventies Sveti Stefan hosted Sophia Loren, Orson Welles, Elizabeth Taylor and others. It was neglected for a long time until the Aman group recently developed the village and Villa Miločer, with its formal gardens and vine-draped restaurant terrace overlooking the beach, into perhaps the finest heritage resort in the Balkans. Miločer’s spa alone, a favourite with passing yachtsmen, drains all the tension from your bones and leaves you blissfully rejuvenated.

Covered in steep green mountains that slip beneath ancient fortresses and enchanting old cities to the glinting Adriatic below, Montenegro makes for an awe-inspiring sight. An up- and-coming yachting paradise, this fascinating country rewards travellers with charismatic towns, deep rafting canyons and smooth fjords, and a vast- ranging modern Adriatic cuisine that delights at every turn. Touted as the East Mediterranean’s answer to Monte Carlo, Montenegro is quiet, relaxing, yet lively enough to support a colourful and consuming way of life.

Luxury charter yacht 43m M/Y Emotion and her crew are well acquainted with the Adriatic sea. Having berthed in Porto Montenegro in July this year before embarking on a Montenegrin cruise with guests on board, she then headed to Corfu via Albania and onto the Greek Islands via the Corinth Canal. 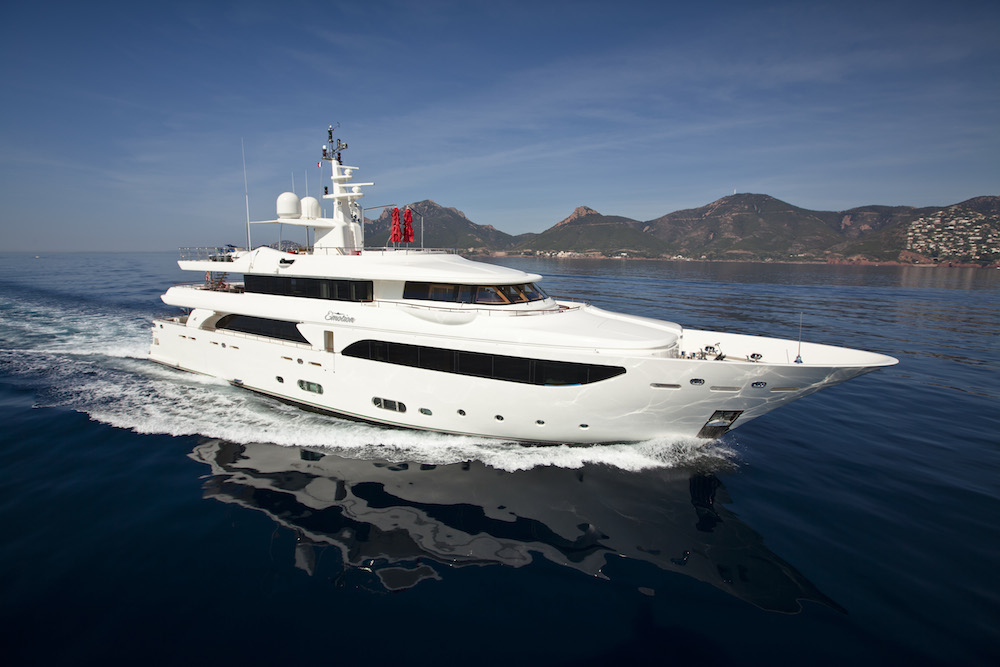 Speaking of his Montenegrin experiences aboard M/Y Emotion this year, Captain Sam Srour says: “The whole Dalmatian coast is stunning! Nature, crystal clear waters, intriguing villages and towns dating back from Roman and Venetian times. It’s all extremely well preserved, the people are nice and friendly, the food is natural and tasty, and the nightlife is fun and safe. Croatia and Montenegro are ‘must see’ places for yacht aficionados."

This article originally appeared in issue XI of FRASER yachting magazine – the intelligent magazine for living, loving and luxury yachts.
back to list
Share this page