There is something wild and exciting about the alluring coastal waters and hidden streets of Cuba, and thanks to the newly relaxed regulations for cruising and dropping anchor, it’s proving to be the hottest new destination for superyacht charters. 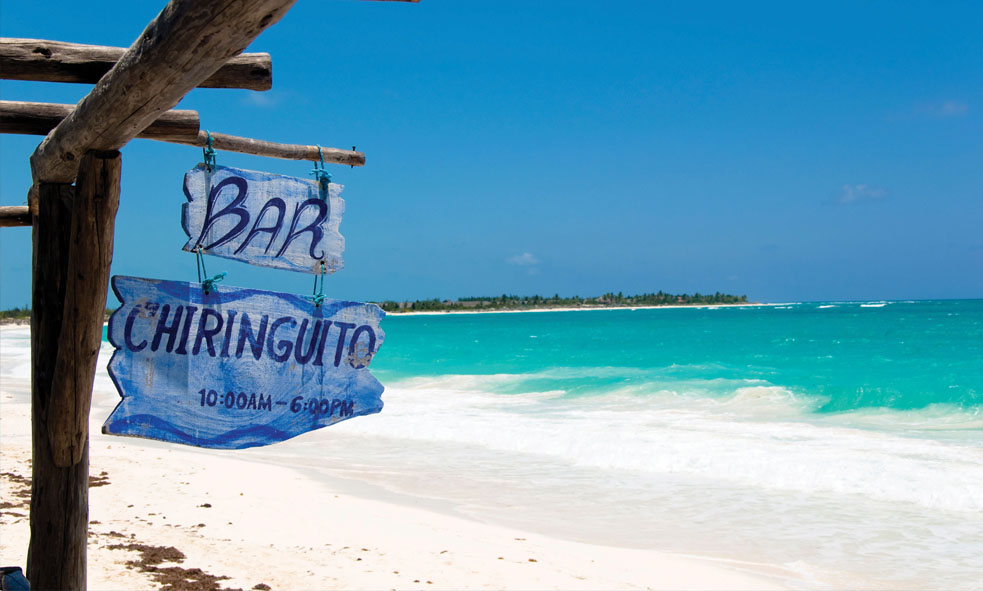 Undoubtedly one of the more colourful destinations when it comes to superyacht charter, Cuba boasts a fabulous coastline stretching for more than three and a half thousand miles with 289 natural beaches. The largest island in the West Indies chain it offers a pivotal ‘stepping stone’ gateway to Honduras, Belize, the Cayman Islands, Dominican Republic, the Bahamas, Florida and Jamaica.

There is something wild and exciting about this extraordinary island, particularly in the early hours of the morning, when the old quarter of Havana exudes the heady scent of sweat, cigars and rum, salsa music reverberates through every back street and alley, and discordant TVs blare from open doors.

In the last few years, Cuba has been opening up its wonderful cruising grounds and marinas to tourists, and the rush to experience the untouched remnants of a bygone communist era before it all changes is picking up pace. Now that President Obama has announced the easing of restrictions between the US and the island nation, it has attracted further attention from the yachting community, not to mention environmentalists and investors.

Major elements of the revised regulations focus on travel and commerce, with increased contact between Americans and Cubans, and the support of civil society in Cuba. A recent announcement declared that a US embassy has been opened in Havana, Cuba’s capital, whilst a Cuban embassy is being opened in Washington DC. American Airlines has revealed a new flight schedule to Cuba due to start in September 2016. With hundreds of potential mooring spots, beautiful waters, a friendly population and virtually no crime, Cuba represents a strong rival to the usual Caribbean locations.

For those still hoping to discover Cuban Havana cigars rolled on a virgin’s thigh, disappointment may be ahead, but for the more entrepreneurial visitors business opportunities could soon present themselves once the lack of infrastructure available to superyachts is more widely recognised.
The owner of the elegant 44m M/Y L’ALBATROS is no stranger to the alluring Cuban waters, having first visited Santiago de Cuba some eight years ago. After returning in 2016 aboard L’ALBATROS, the original appeal of the fascinating island and its inhabitants remains clear.

“We started in Cienfuegos – a south west part of Cuba known as the Pearl of the South – and we were scheduled to spend at least two months cruising with a daily itinerary planned in advance,” he says. “We mainly explored in the south, as the north is very windy, sometimes with rough seas, and it’s better to go to places like Cayo Largo [Long Cay, a small resort island in Cuba off the south coast of the northwestern part of the main island] and Cayo Rosario, both of which are near to Isla de la Juventud [The Isle of Youth, Cuba’s least developed corner]. Here there are many areas where you can swim and dive, and all these areas are great for yachts around L’ALBATROS’ size.”

Only managing to call into port at Trinidad, a town in the province of Sancti Spíritus in central Cuba, part of a UNESCO World Heritage site since 1988, the planned trip was regretfully cut short after just three weeks, hindered by Cuba’s lack of infrastructure, particularly for superyachts. While keen to welcome tourists to their waters, the Cubans are on a steep learning curve, and even the most experienced of travellers need to tread carefully in places to avoid frustration and drawbacks.


Cuba’s revolutionary and socialist past has been a troubled one, and the Cuban people themselves are still struggling for independence, fortune and freedom. It is, therefore, highly advisable to have a Cuban-based yacht services contact in place ahead of any visit to obtain authorisation and assist with paperwork, and it’s best to bear in mind the restricted access to certain places, particularly around the southeast peninsula where a heavy military presence remains thanks to the 1961 Bay of Pigs Invasion.

Despite all the potential difficulties, however, there is joyous, untamed enthusiasm from visitors about the Cuban people that is highly unique, not to mention the lush, fertile countryside, and the astounding mixture of Spanish baroque, neo-colonial and Soviet brutalist architecture. Although a little dilapidated around the edges, Cuba still manages to have a magnetic, fascinating draw, says Gina Robertson, Charter Broker In The Fraser Yachts Fort Lauderdale office.

“Cuba is the ‘new yet old’ destination for yacht charters in the Caribbean. While amenities are limited in the marinas and groceries are scarce the desire to charter in Cuba is there,” she says. “Charterers are fascinated to participate in educational programmes such as SeaKeepers, and these waters have been untouched for years making the diving and snorkelling fantastic.” Founded in 1998 by a group of boat owners, the International SeaKeepers Society promotes oceanographic research, conservation and education. Its mission is to encourage scientific discovery and overall knowledge about the oceans, as well as raise awareness about important issues related to the oceans by closely collaborating with the yachting industry as an indispensable part and contributor to ocean research, education and conservation efforts.

In 2014, the International SeaKeepers Society received the Fabien Cousteau Blue Award, an accolade given out by the International Superyacht Society to honour stewardship of the marine environment. With programmes such as these in place, uncluttered bays and beaches are a haven for the few yachts in the area, and agents and facilitators are in place to help make the visit uncomplicated, adds Robertson. More good news is that visa restrictions for visitors are minimal, private jet entry is welcomed, VIP handling at the airport is inexpensive (and strongly recommended for both guests and crew members alike) and direct flights are available from Europe and Canada.

“The 52m luxury motor yacht Big Eagle is ready and prepared to meet guests at Marina Hemingway and cruise around the island exploring this new charter destination,” says Robertson.

The eponymous Marina Hemingway, the largest marina in Cuba with an official capacity of up to 400 vessels (although only around 100 slips are usable), is so-called after the famous writer himself, Ernest Hemingway, first stepped foot in Cuba in 1928.

Over the course of several years Hemingway continued to visit Cuba, learning to fish the annual Marlin run aboard a boat called Anita. His two favourite watering holes in Havana, La Floridita and La Bodeguita del Medio, still stand today, both more bustling than ever thanks to his endorsement. On a small plaque in La Floridita hangs Hemingway’s signed quote: “My mojito in the Bodeguita del Medio and my daiquiri in the Floridita”.

With a history for attracting the more adventurous types, Cuba undoubtedly represents an intriguing cruising and charter destination. It’s a magical place where you can still experience firsthand the vibrant music, bars and grandiose period architecture, together with some outlandishly old automobiles and the unmistakably Latin spirit of a country that today holds up a vanishing mirror to a bygone era.

This article originally appeared in issue XI of FRASER Yachting Magazine – the intelligent magazine for living, loving and luxury yachts.

22-25 September 2021
FRASER TO ATTEND THE MONACO YACHT SHOW 2021
FraserYachts
COOKIE POLICY: At Fraser we want to provide the best user experience for the visitors to our website, to enable this we use cookies which store small amounts of information from your browser. If you would like further information about the information that we store please visit our legal and privacy page.
x