The Resurgence of Venice

Splendid in its unadulterated setting, Venice is a city that romances the old and celebrates the new. 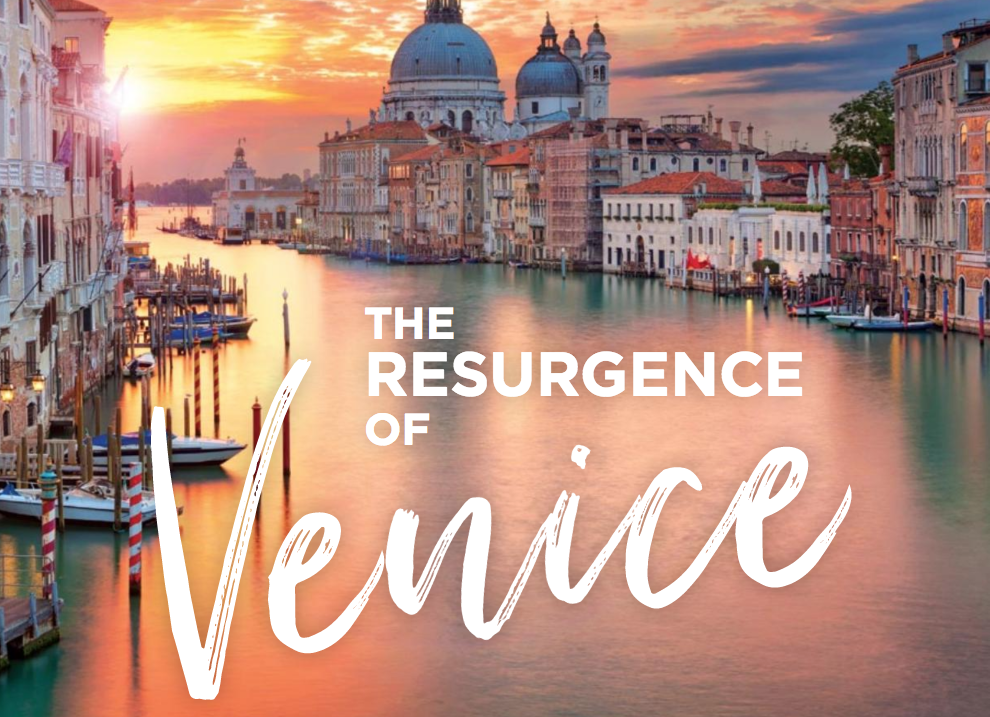 Spellbound. We all sit spellbound, row upon row of us held in a trance by the power of the human voice. A single note is sweeping up to the intricately painted ceiling in the auditorium, past moulded gods and angels. And in an instant, the soprano cuts it off like a ribbon, and stands triumphant as a wave of applause echoes all around. This is the effect of Teatro La Fenice, Venice’s great opera house, a beacon of this most elegant art form since the 18th century. 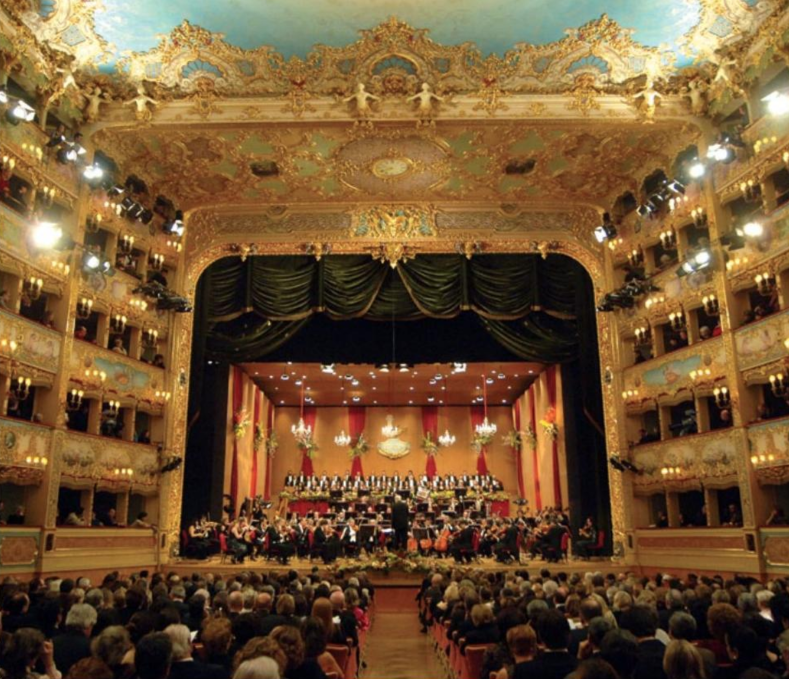 La Fenice - ‘the Phoenix’ - is so named because of its unfortunate propensity to burn to the ground, only to be rebuilt. It is now on its fourth attempt not to go up in flames. It has been the birthplace of great works from verdi, Rossini, Donizetti and others and as I sit in my velvet seat, I can feel the ghosts of those composers and their primadonnas watching and listening to their modern descendants. They won’t be disappointed.

Venice, the greatest monument to the aspirations and ideals of the Renaissance, rings with splendour. The capital of the Veneto Region, Venice is situated across a group of 118 small islands all separated by canals and linked by bridges. Built upon a shallow lagoon to prevent raiders from stealing its riches, the city sits within an enclosed bay that lies between the mouths of the Po and Piava Rivers. Venice is renowned for the beauty of its setting, its architecture and culture, and even today’s luxuries can’t hold a candle to the fine palaces and sumptuous art that abounds.

The glorious Grand Canal, invariably one of the first sites visitors to Venice see, feels at once foreign and familiar, as if you’ve stepped into an 18th century painting by Canaletto, only to find that the world around you has changed little in its substance. It’s no coincidence that this island-civilisation became the world’s greatest maritime trading power, the centre of a web that stretches from Marco Polo’s China in the east, to the muddy and overcast nation of Britain in the west. For hundreds of years, the comings-and-goings from the docks beside the Ducal Palace and St Mark’s Square left the air shaking to the cries of sailors.

The quayside is a more elegant stretch today, of course, albeit featuring the buzz of water taxis, gondolas, and the ‘vaporetto’ water bus that keeps the vibrant city lively and exciting. For an altogether immersive experience, ride the vaporetto the length of the canal, under the Rialto Bridge, by the colourful and crumbling facades of grand palazzos like the Ca’ d’Oro and the Ca’ Rezzonico, all the way down past the dome of Santa Maria della Salute. 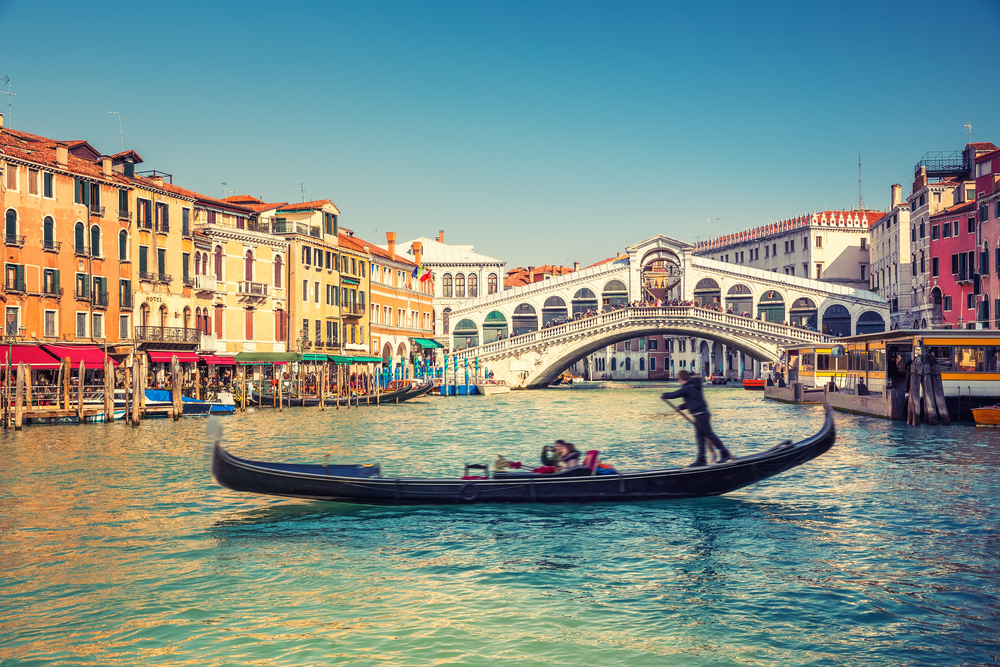 Visitors still arrive from all over the world to buy and sell too, but nowadays it’s more likely to be in the form of the stylish Venice Film Festival - the oldest film festival in the world - or, indeed, the International Boat Show that honours the city’s maritime history. The Film Festival takes place on the Lido island, otherwise one of the sleepier parts of the city, while the International Boat Show, which occurs in April in Parco San Giuliano located on the Venetian mainland, has more of a holiday air than many such events. For those attending the Film Festival in style on a Venice yacht charter, superyachts can berth at Venice Yacht Pier on the Giudecca Canal on the south of the main island. It has 20 berths, making up 900m of dockage spread across five locations, maximum draft is 9m and maximum beam 25m. 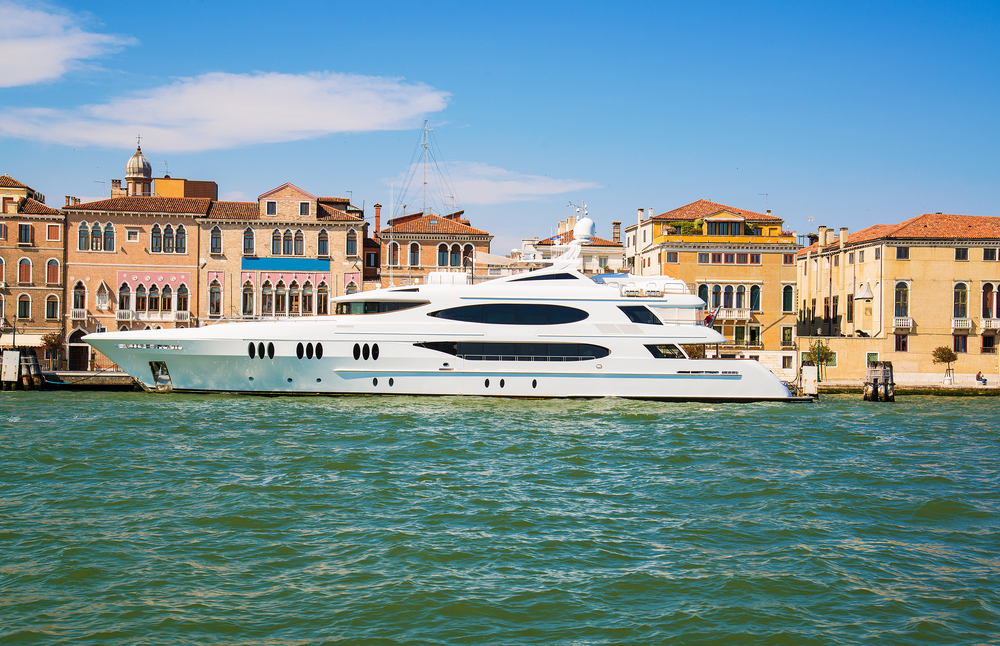 The berths at Punta della Salute sit directly opposite St Mark’s Square, which features the very paving stones that were walked by Marco Polo, Casanova and Michelangelo themselves. Patrons in the square remain into the evening, socialising alfresco while sipping on espressos and sweet limoncello, but for a true Renaissance experience, visitors should dine at the Square’s Michelin-starred Ristorante Quadri.

After such a meal, there is only one place to head for some opulent relaxation - the spa at the Bauer Palladio Hotel. Once a convent designed by Andrea Palladio himself (the Venetian architect who created the neo-classical look based on Greek and Roman aesthetics, and which later became the basis for western design), today it represents the height of decadence. Its spa draws guests into a state of warm pleasure while gazing across the water at the red-towered Byzantine splendour of St Mark’s Basilica - an exotic outlier, with its massive marble columns, graceful arches, and onion domes clad in lead. 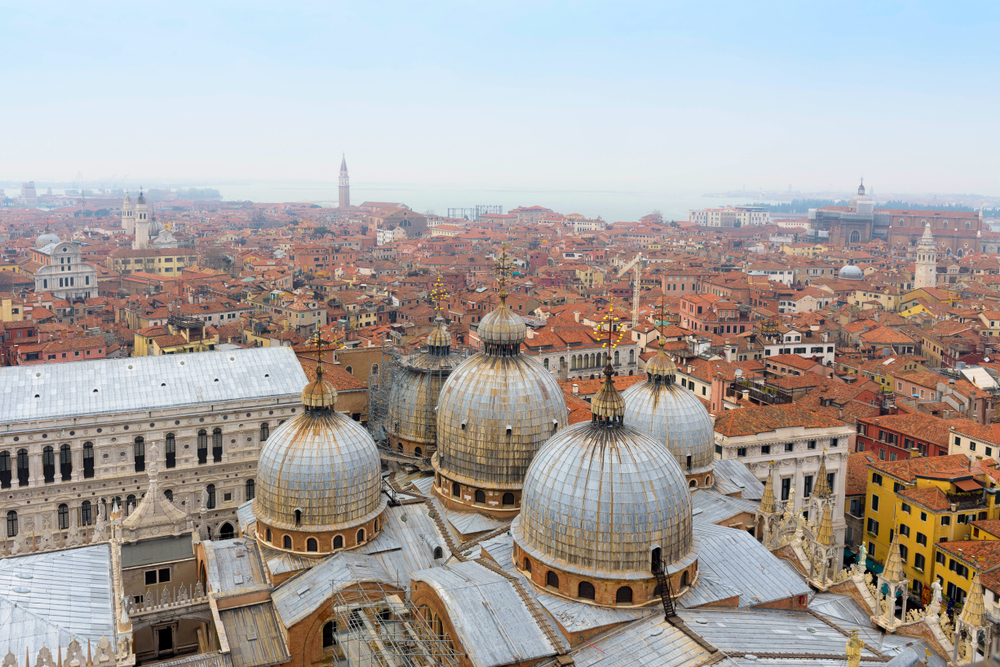 For those looking to experience outdoor indulgence, a magnolia massage in the hotel garden is unsurpassed. Once an orchard and vineyard, the garden is named after the oldest magnolia tree in Venice, which sits within it, gently releasing its perfume throughout the hotel grounds.

In the morning, the open-air Rialto Market is a feast for the senses, as local farmers and fishermen unload trays of fresh squid, cuttlefish, crabs and clams, as well as baskets of whatever produces in season, from cherries and grapes to peas and asparagus. If the adage about eating with your eyes first is true - mangier con gli occhi, as the Italians say - you will leave with your stomach full and your heart happy. 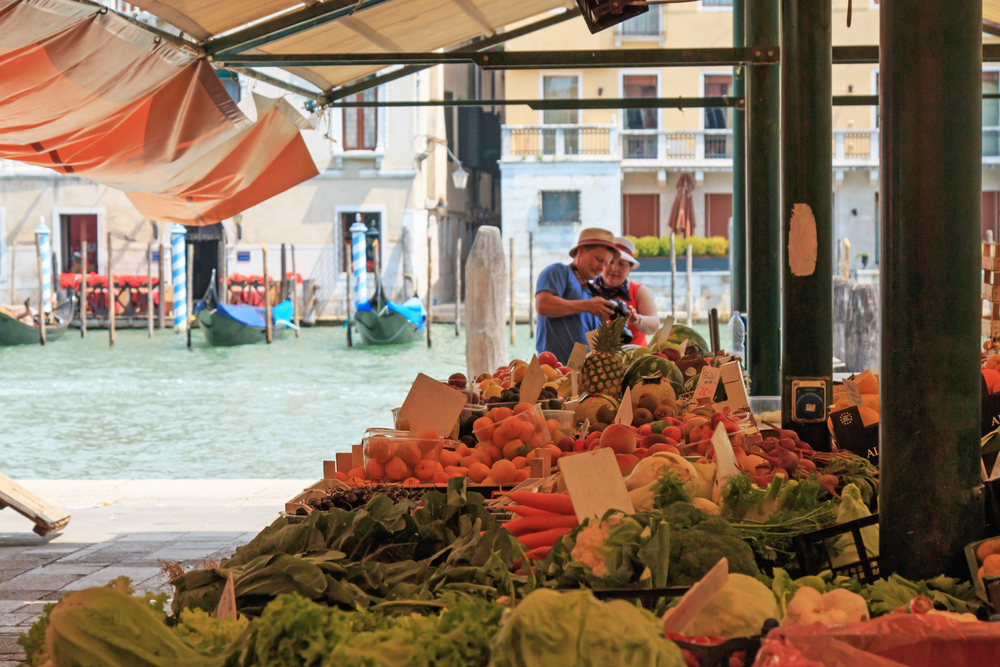 But no visit to Venice is replete without taking in the wonders of its arts. While the fame of Venetian glass extends back to the Roman Empire, all the furnaces and foundries were moved to the island of Murano in 1291 out of fear that a fire would consume the city’s wooden buildings.Just a short boat ride away, the island singlehandedly keeps the art, craft, and tradition of Murano glass alive. Any number of glass factories welcome guests for free tours, where in the heat of the furnace, the craftsmen work quickly and deftly with molten glass.

Other neighbouring islands make for an exciting island-hopping itinerary, from Burano, a tiny fishing village known for its intricate lace, where the streets are a riot of colour, lined with houses that are painted in improbable shades of blue, orange, green, purple, and red, or Torcello, where much of the island consists of open fields and undisturbed wetlands. Follow the path to a cluster of old buildings that includes two magnificent churches side-by-side - Santa Fosca, which is low and round, and the more conventional Santa Maria Assunta, with its solitary bell tower. Both are primitive, peaceful and calm, and far removed from the opulence of Venice and its madding crowd.