Into the beautiful unknown

If an out-of-the-ordinary adventure is what you’re after, head to the ends of the earth with the legendary and luxurious Hanse Explorer. 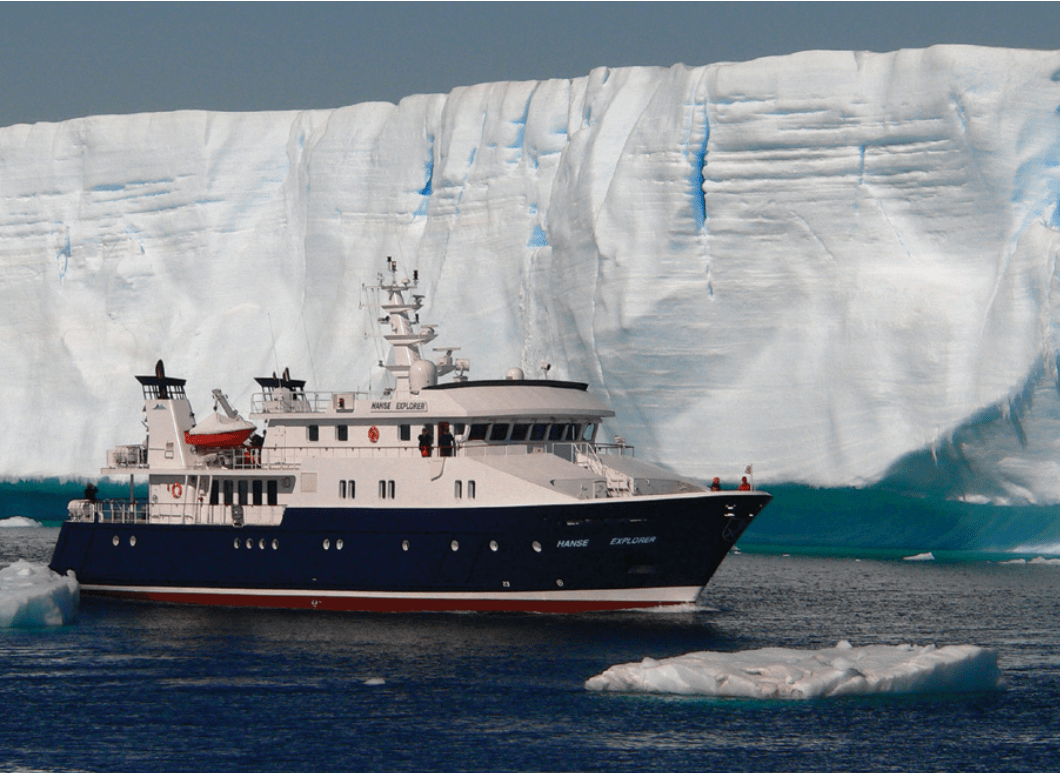 When it comes to yachts, safety and adventure are two of the most important things to Peter Harren, owner of the 48m serious expedition motor yacht Hanse Explorer. Previously a captain himself, he had a vision to build a yacht-sized ship seaworthy enough to travel anywhere in the world, and in 2006 his vision was realised when the incredible explorer vessel took to the water for her maiden voyage.

“The Hanse Explorer was built by a German shipbuilding company called Fassmer Werft,” explains Imke Harren, daughter of Peter, and commercial manager of the yacht. “They specialise in high-end, sophisticated rescue boats, research vessels, and patrol boats, which have to be incredibly reliable, and given safety has always been very important to my father it seemed the perfect fit.”

The Hanse Explorer was not only built to the highest safety standards, but also with the ultimate adventurer in mind. Since her first voyage out she has been taking passengers to some of the most remote and beautifully desolate parts of the planet: Antarctica and the Arctic. A certified icebreaker yacht with an extra thick steel hull, she is able to cut through the pack ice of the northern and southern oceans with ease, and has earned a reputation as the toughest yacht of her size. 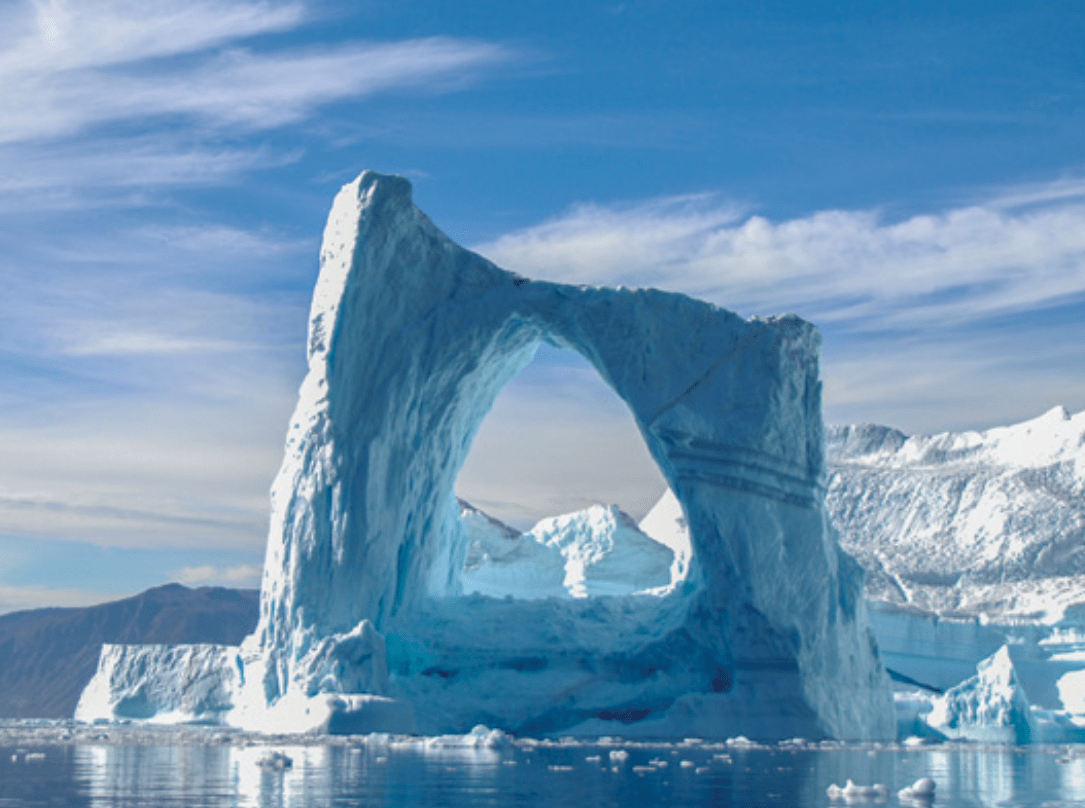 A natural arch forms out of ice in Greenland

The Polar Regions have been enticing the most adventurous spirits to their icy shores since humans discovered their existence, and for good reason. The first being the wildlife: a colossal tail breaching just metres from the yacht as a majestic humpback whale dives down to scoop up a ton or so  of krill into its giant mouth; families of playful seals lazily circling the zodiac, while a flock of albatross call from the skies.

Then there’s the everyday experiences: nimble zodiac boats passing under giant frozen archways; the groan of monolithic shards of ice crunching and crashing into the water below; and the chance to hike along expansive glaciers as the sun sparkles across the chilly surrounding waters.

That’s not to mention the aesthetic appeal of myriad shades of blue and white harmoniously existing together; from electric azure waters to sapphire skies, tiffany blue waves lap over giant pearly icebergs silhouetted by turquoise hues where the frozen towering water meets the bitter melt beneath.

Yet while the original adventurers to these barren icy lands visited in some considerable discomfort, making the journey on the Hanse Explorer is a different and altogether more luxurious undertaking. “Whenever I go on board I feel at home,” says Imke. “It’s comfy and cosy, and the crew make you feel so welcome.” 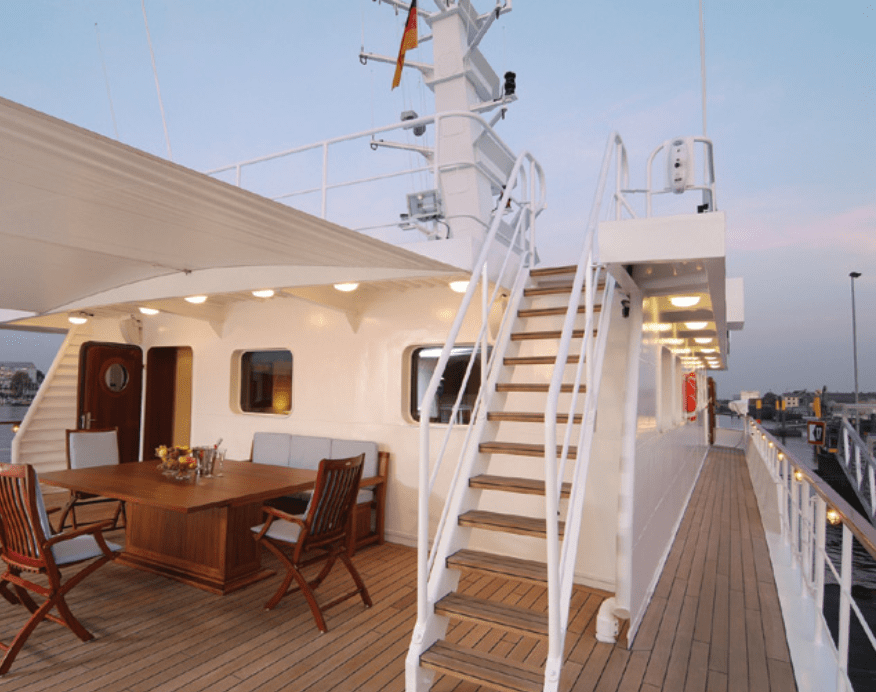 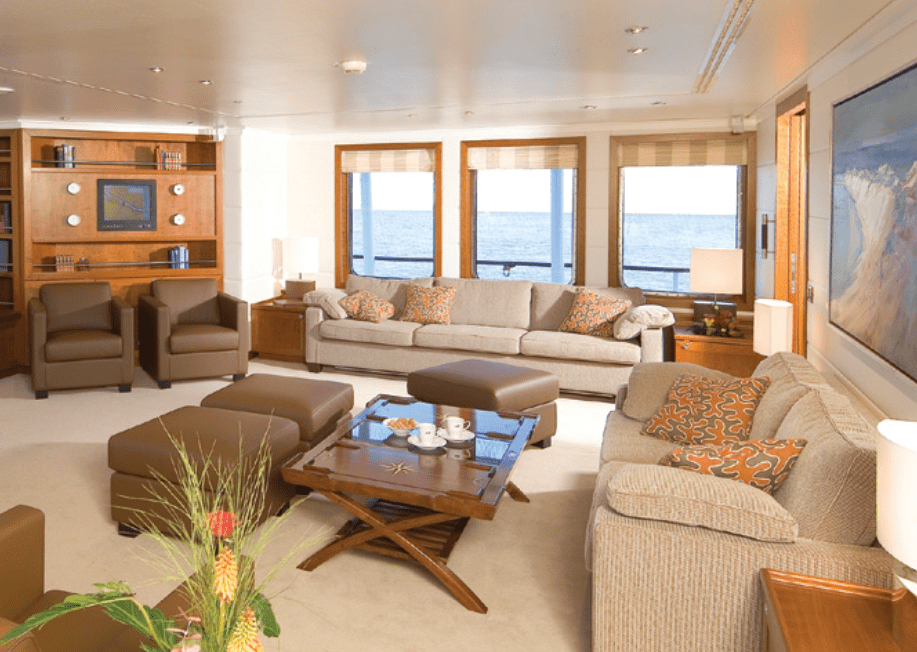 On board, guests can start their day with a freshly baked croissant and hot coffee on the deck, and finish it with a steam in the Finnish sauna, or a glass of wine in the lounge with panoramic views of passing Fjords and towering icebergs. Guests can personalise their time on board however they choose.

“Given that the ship can accommodate up to 12 guests, it’s also a very personal experience,” adds Imke. There’s a library for the bookworm, TVs with DVD players in every room for the movie buff and a Bose entertainment system for the music lover. There are also unseen details to help make your journey more comfortable, like the anti-rolling system, which reduces the ship’s movements at sea.

Originally used as a training vessel, the Hanse Explorer has maintained its ‘open ship philosophy’, which means guests are not only allowed, but also encouraged to explore all areas on board without restriction. “Wherever you go, you can peek over the crew’s shoulder and see what they’re up to!” says Imke. This, she explains, was the plan from the outset, with her father wanting people to “really experience what it’s like to go out to sea”.

So, if guests enjoy sightseeing they can take in the expansive view from the bridge and watch the Captain manoeuvre the ship through ice. If they’re interested in mechanics, they can head down to the engine room and talk with the Chief Engineer. And if they’re hungry or just wondering what’s for dinner, they can visit the galley and meet the Chef, Sous Chef and Galley Assistant. 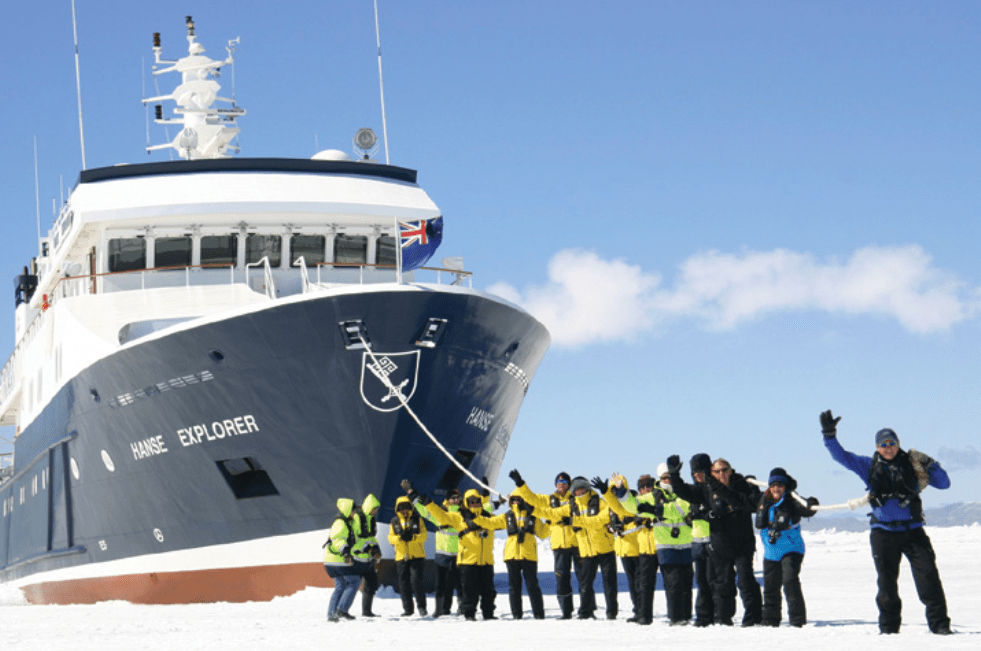 Once you’ve arrived in the world’s last great wildernesses, the opportunities for exploration on offer are more than a little exciting. Spend a night under the stars by camping out on the ice, or try kayaking along the pristine, reflective waters. If whales are on the horizon, jump onto one of the zodiac boats for a spontaneous ride to get up close to nature, or spend time ashore with a group of penguins.

One great advantage of the Hanse Explorer, explains Imke, is that “she can go into regions where bigger vessels are not allowed, like the small bays on the Antarctic peninsula. We’ve also made some successful explorations to the very remote islands of the South Pacific and Galapagos, as well as having crossed the famous North West Passage in her.” Currently being prepped for the next season, she’ll wind through the narrow passages of Norway’s fjords and then continue on to Iceland, Greenland and Canada.

Although it takes a few days from the moment of departure to reach the Polar Regions, the adventure begins from the moment you set foot on the Hanse Explorer. If travelling to Antarctica, expeditions depart from Ushuaia, the world’s southernmost city. Known as the gateway to the Antarctic, the journey takes two days across the Drake Passage – one of the world’s most unpredictable and legendary bodies of water - before reaching the Antarctic Peninsula.

If it’s the Arctic you’re headed for, you can set sail from either North America, Europe or Russia, journeying through the renowned North West Passage. In a matter of days you will be experiencing midnight sunshine, polar bears, beluga whales and shimmering icebergs. 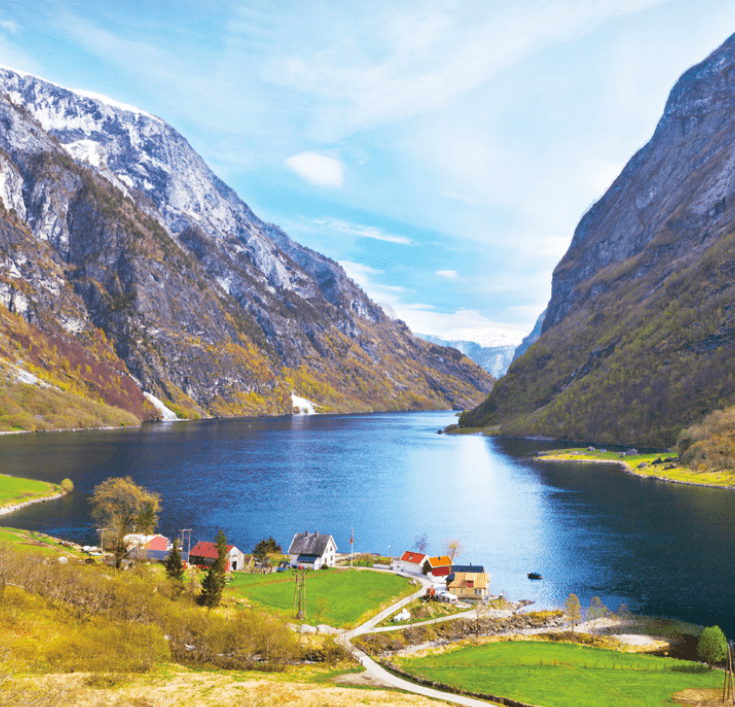 Naeroyfjord, a narrow fjord in Norway

Naeroyfjord, a narrow fjord in Norway Perhaps most importantly, the Hanse Explorer was fashioned for minimal environmental impact and uses clever technology such as the shaft generator, which produces the ship’s electricity while underway and saves considerable amounts of fuel. Further, a desalination plant is used to produce 20 tons of fresh water a day, and a biological wastewater treatment plant transforms sewage into grey water, which is safely released back into the sea to avoid polluting the environment.

The Hanse Explorer is also a member of the International Antarctic Tour Operations Organization (IAATO), which was founded in 1991 to advocate, promote and practice safe and environmentally responsible private- sector travel to the Antarctic.

They say that visiting the Polar Regions of Antarctica and the Arctic changes you; witnessing such beauty both in the landscapes and the surrounding wildlife is like nothing you have ever known. So, if a safe and comfortable life adventure is what you’re after, it seems the Hanse Explorer is just the ticket.

Hanse Explorer is for sale through Fraser Yachts, for further information please contact us.

This article is taken from issue XII of Fraser yachting magazine.
back to list
Share this page