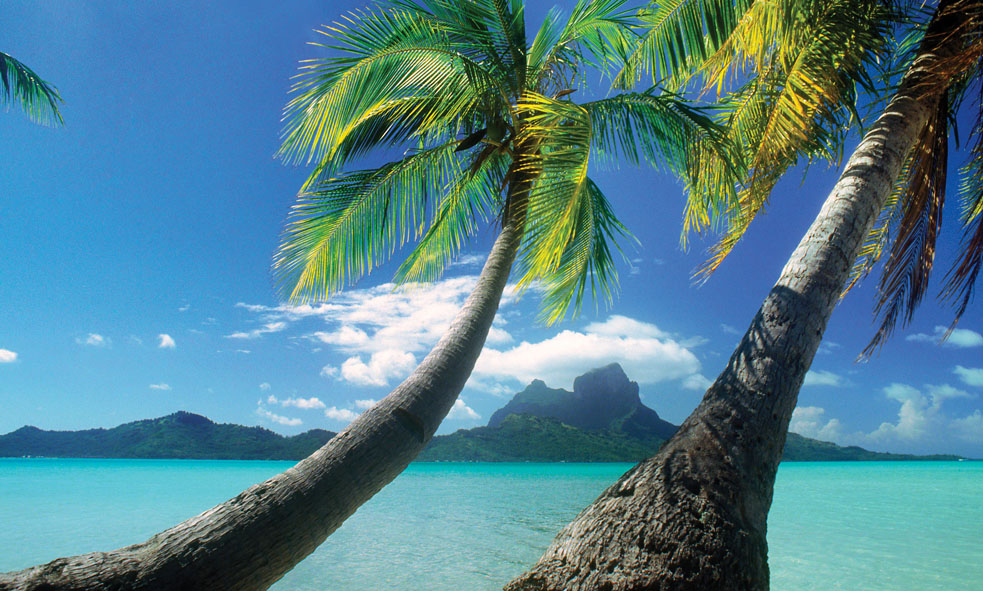 “Swimming with humpback whales in Tonga. Cage-diving with great white sharks in South Australia. Flying along the edge of the Great Barrier Reef in a helicopter, watching marlin and sailfish jumping. Finding a shipwreck on a remote atoll near Fiji. Climbing a live volcano in Vanuatu.” As a lifetime bucket list, this would be pretty ambitious, but Captain Owen How is describing just his top five memories of his six years at the helm of explorer superyacht OPHELIA.
It's M/Y OPHELIA's capabilities that Captain Owen How credits with affording the owners, guests and crew incredible opportunities; he calls her “the ultimate pacific cruiser”. It took 18 months of detailed work in consultation with the owners to perfect the design of this expedition-style superyacht before her 2004 launch in Australia. Built by Nqea in Cairns, she is a compact 120ft yacht, yet can comfortably accommodate 18 guests (as well as her five-strong crew) in a master stateroom and four vip staterooms, a double and a twin cabin and a four-bunk children’s cabin, as well as several spacious decks and lounges.

What makes her such a capable sea-going vessel is her range – a huge 4,000nm, the equivalent of Brisbane to Tonga and back. That’s at 10.5kts but, given the number of superyacht support companies scattered across the south pacific, refuelling is no problem, allowing OPHELIA to cruise at 19.5kts and reach her 24kts top speed.  As a result, OPHELIA has not only explored the Australian coast extensively but also ventured out among the islands of the South Pacific. Captain How joined the crew as mate and engineer nearly 10 years ago, and was promoted to captain in 2009. He recalls the owners’ trips around OPHELIA's home country: “The Owners’ favourite spot is the Wessel Islands in the Northern Territory – the white-sand beaches and limestone headlands of the archipelago are untouched and you feel like you’re the first person ever to go there. We’ve cruised down the east coast to the Great Barrier Reef, which has thousands of anchorages; experienced the new year’s eve fireworks in Sydney Harbour; and have been in the south in November for the Melbourne cup, as well as exploring another wonderfully remote spot, the Nuyts Archipelago, west of Adelaide. We have also cruised Tasmania and explored the beautiful Bruny Island and one of the best beaches in the world, Wineglass Bay in Freycinet National Park.”

Captain How enthuses about the wildlife guests have spotted on various cruises – among them kangaroos, wallabies, koalas, dolphins, whales, sharks, crocodiles, penguins, seals and sea lions. But one type of animal in particular raises heartbeats on-board: game fish. OPHELIA is equipped with a custom-made game chair and an arsenal of fishing tackle, as well as an 8m protector RIB set up for game fishing (in addition to a 6m Nautica RIB cat, with a drop-down front ramp for getting guests ashore with ease, and a Zodiac inflatable for crew work). OPHELIA has landed wahoo, mahi mahi, striped and blue marlin, and various breeds of tuna. “Our favourite waters to fish are around the Wessel Islands,” he says. “You can catch barramundi in the creeks or fish the tidal passages between the islands for Spanish mackerel. At the right time of year, you’ll even catch sail fish.”

None of this goes to waste: OPHELIA's cockpit is setup for seafood-lovers. Apart from large-volume refrigeration and dry storage, she has two 350-litre live tanks, as well as specialised tanks which can hold up nearly 1,500 fresh oysters. There is also a seafood boiler, a barbecue and a steamer/smoker for infusing different flavours into the fish. So nobody will go hungry on the crossing from the Australian coast to destinations as far afield as New Zealand, New Caledonia, Tonga, Fiji and Vanuatu. OPHELIA's owners have a special affinity with Vanuatu, particularly Maewo Island. Asanvari Bay is a beautiful, sheltered anchorage with a coral reef and a stunning waterfall. After a church there was destroyed, OPHELIA's owner donated the funds to rebuild it. “After the new church was completed, the locals held a special kava ceremony (the tradition of sharing a drink from the root of a sacred tree) where the owner was named Big Chief,” recalls captain How. Across Vanuatu the welcome is universally friendly and helpful, and there is much to learn about the culture. “In Champagne Bay, in the north of Santo Island, we had a traditional hangi where they cooked a whole pig wrapped in banana leaves in a pit filled with hot coals and rocks for 24 hours – the meat was so tender and flavoursome,” he says. South Pacific fishing rivals the Australian coast, says Captain How: “My first experience of fishing in Vanuatu was with a local guide: he put live bait on my hook, threw it into the water and told me to count to five. I got to three before I was nearly pulled over the back of the boat. Forty-five minutes later, I had landed my first dogtooth tuna – weighing in at 90kg!”

The South Pacific offers other sporting adventures too – with so many coral reefs and the world’s most diverse collection of fish, there are incredible scuba opportunities. The captain names the outlying Tongan Island of Vava’u as his favourite diving location – “the crystal-clear water gives you amazing visibility” – with Vanuatu a close second because of the wreck of the SS President Coolidge. Given that guests have dived the Great Barrier Feef, that is saying something. For less demanding fun on the water, OPHELIA is equipped with an Aquaglide towable platform and a cruiser slide (“for the grandkids,” he says, “and the crew!”). But arguably the most exciting feature on board is the Lloyd’s–approved heli-deck, which can take a 3.6-tonne chopper with 12.5m rotor clearance. It allows for not only guests to fly in and out of a longer cruise, but exploration of islands that are off the sailing itinerary – for example, the volcano on Vanuatu’s Tanna Island.

Of course, it is not mandatory to use OPHELIA to her full adventurous capacities. Guests often relax on a sun deck lounger or in the hot tub, being served cocktails from the sky lounge bar and watching the sun set. However, Captain How says that whether based in the southern or northern hemisphere, no superyacht enthusiast should pass up the chance to explore the remote parts of Australia’s coast and the South Pacific. There are high-quality support facilities for the practicalities of airport transfers, provisioning, permits, etc., yet there is nowhere on the planet that offers the escape that this region does. “There is an incredible sense of freedom. You can go for weeks without seeing another boat, and there are places where you feel like you are the first person to set foot on a beach, and others where local children haven’t seen a boat or a non-indigenous person before. The look of surprise on their faces turning to a smile is priceless.” This article originally appeared in issue XI of FRASER magazine – the intelligent magazine for living, loving and luxury yachts. View the Fraser yachting magazine here.
back to list
Share this page

17 May 2022
Fraser connects with new audiences through TikTok

28 April - 1 May 2022
Palma Superyacht Village 2022
FraserYachts
At Fraser we want to provide you with the best user experience whilst you are visiting our site. To enable this, we use cookies which store small amounts of information from your browser. You can learn more about our Cookies Policy here. Thank you and enjoy your visit.