With the most breathtaking sceneries in the world, Turkey is the ideal setting for a luxury yacht charter. Diverse offerings such as the ancient history sites, beautiful beaches, and countryside, Turkey guarantees an enchanting holiday. It is also an experience of the history of man from the perspective of the sea rather than from the land, a journey that carries you to the private beach of Cleopatra, the eternal fires of Mt. Olympus, and the myriad archaeological remains of ancient civilisations. 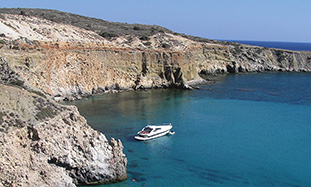 Fly into Dalaman Airport and transfer to Göcek. Set at the deepest point of the Gulf of Fethiye, Göcek is nestled at the foot of pine-clad mountains and looks out over the '12 islands' of the bay. The waterfront is lined with bars and restaurants. Set sail for one of the many secluded anchorages in lovely Göcek Bay, or stay dockside overnight to enjoy Göcek or the village. 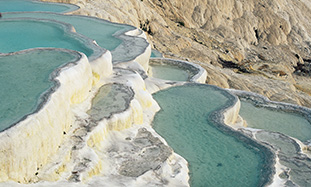 Visit the little town of Fethiye in the morning, overlooked by Lycian tombs in the hills. Cruise around Gocek Bay in the afternoon and stop to see Cleopatra’s Baths - a ruin alongside the bay. Legends say that Cleopatra used this cove for bathing. Explore the semi-submerged baths by snorkelling or by tender. Anchor overnight around the corner in Stone Wall Bay. 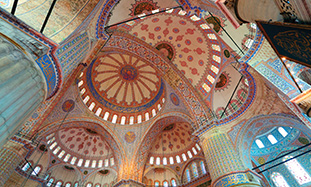 Sail across to the Bay of Ekincik and spend the night at anchor in the southern side of the bay. Towards dusk, go ashore and if you care to dine try "My Marina" restaurant overlooking the bay. Head up-river to the town of Dalyan, and pass beneath some impressive Lycian rock tombs. Enjoy a brief stroll through the town before returning to the yacht in Ekincik. You’ll overnight in Kizilkuyruk Harbour, a quiet anchorage with a pebbled beach. 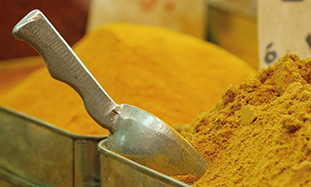 After breakfast, head to Marmaris, renowned as one of Turkey's most beautiful towns. Every inch of Marmaris is worth seeing. It has an extraordinary beauty with its coves, sandy beaches, evergreen forests and plants. Some of the most wonderful sea journeys, which have become the most popular activity in the region, take place in the beautiful coves of Marmaris. 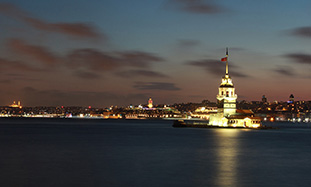 Sail to the excellent, land-locked, natural harbour of Serçe Limani. Anchor and stay overnight. A small restaurant awaits ashore and the friendly owner may even row out to invite you for dinner. Serçe was the site of a very interesting wreck, whose cargo remains can still be seen in the Bodrum castle museum. Swim in the well-protected waters. 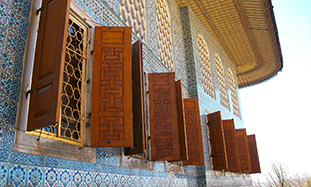 Cruise over to the little seaside village of Datça. One unique feature is the small freshwater lake with a little waterfall you can immerse yourself in. Anchor off the beach along the south bay, visit the beach and lake and listen to the pleasant sound of the splashing waterfall. After breakfast, cruise to the ancient port of Knidos. This clear-water cove at the tip of the Doric Peninsula was a centre of art and culture in the 4th-century BC. Drop anchor in the larger of the two harbours and go ashore to visit the site of Knidos itself, which includes city walls, two theatres, terraced streets and the remains of several temples including the temple of Aphrodite. 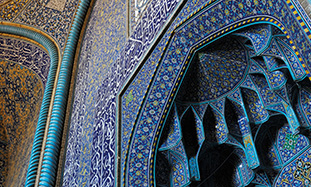 Explore the Gulf of Gokova where there are many beautiful anchorages and protected areas for swimming and sunbathing, in unspoiled natural settings. Visit Cleopatra’s Beach with its fine white sand, which was reportedly imported from Egypt by Marc Anthony for Cleopatra. This is home to three small islands offering several anchorage options for overnight stay. 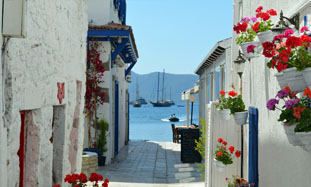 Haul anchor and head for Bodrum, which is situated on a peninsula facing the island of Kos. Guarding the harbour is a virtually intact castle built by the Crusaders. This castle now houses an excellent underwater archaeological museum where you can see many artefacts found in wrecks along the ancient trading route that you will have just sailed. Bodrum also has a very nice bazaar and an attractive town located around the harbour.
FraserYachts
At Fraser we want to provide you with the best user experience whilst you are visiting our site. To enable this, we use cookies which store small amounts of information from your browser. You can learn more about our Cookies Policy here. Thank you and enjoy your visit.